It was a year ago this month that lawmakers set in motion the $55 billion in defense cuts for the first year, to begin in early January, along with an equal amount of cuts in non-defense discretionary programs and agency budgets. 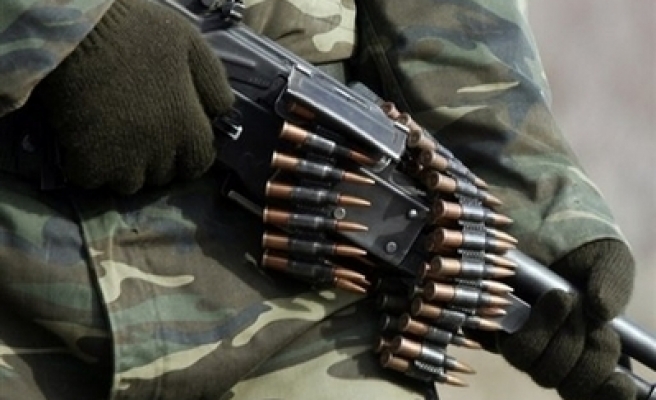 The uncertainty over automatic cuts in U.S. defense spending to be triggered in January because of congressional inaction has spread to the engineers and project managers in South Florida's aerospace industry.

Employees at Pratt & Whitney Rocketdyne here say that both personal and corporate planning is on hold, with any new ideas of spending being reined in.

Fernando Diaz, 37, deputy program manager for Pratt's RL-10 rocket engine, said he and his wife of two years wanted to start a family. But now they aren't sure if the time is right.

James Larkin, 51, a jet engineer at Pratt, has been through several boom-and-bust cycles, but describes automatic cuts as "a ticking time bomb" for him.

With two teenagers at home, Larkin is worrying about how he will pay for college tuition if the cuts come. He's recruiting fellow employees to raise awareness and write to Congress.

Corry Johnson, a 31-year-old hypersonic propulsion engineer, says he and his wife are holding off on buying a first home for their young family until there is more clarity on his job security.

Pratt & Whitney, a unit of United Technologies Corp, is considering moving some engine-production work for the F-35 Joint Strike Fighters -- and over 200 jobs -- to the Florida plant, but may re-evaluate this move if the F-35 production rate falls due to the pending defense cuts, Pratt President David Hess said.

While the impact of the cuts is hotly debated in Washington, there's no doubt about the alarm felt by defense contractors, who have embarked on a campaign to publicize them. Their situation demonstrates that while Congress has learned to live with stalemates and stopgaps and last-minute cliff-hangers, the rest of America has not.

The term "do nothing Congress" is a misnomer, suggests Johnson. Congress is doing something even when it's not, he says. "When you're required to make a decision and you don't make one, that is a decision," he says.

It was a year ago this month that lawmakers set in motion the $55 billion in defense cuts for the first year, to begin in early January, along with an equal amount of cuts in non-defense discretionary programs and agency budgets.

To deal that ended a bitter fight on Capitol Hill over raising the debt limit will cut federal spending by $1.2 trillion over 10 years.

The deal averted a historic default on U.S. Treasury debt and bought Congress and the Obama administration 17 months to find the deficit-reductions. The indiscriminate pain of the across-the-board cuts was meant to spur a congressional "supercommittee" to a deal. But it failed to do so.

The supercommittee's work ended in acrimony last November, and election-year politics have prompted both Democrats and Republicans to hold fast to their positions.

Democrats insisted on new tax revenues as part of the solution, while Republicans, spurred on by the fiscally conservative Tea Party movement, refused to consider tax hikes and insisted on cuts to Medicare and other entitlement programs favored by Democrats.

The workforce at the sprawling Pratt complex in the swamps northwest of Palm Beach has seen its share of ups and downs at the hands of Washington's budget masters.

It developed the engines that power many of today's jet fighters and decades of space launches -- Diaz' RL-10 blasted the current Mars Rover mission's second stage toward the planet. But the Space Shuttle program's termination and a consolidation of military engine programs has taken its toll.

Employment, including a helicopter operation, is hovering around 1,600, down from around 8,000 in the plant's late 1990s heyday. But some employees say those upheavals are more understandable than the current threat, a creature of Congress' own making and so indiscriminate that no one has actually sorted out precisely where the cuts will hit.

"There's definitely a tension. No one really speaks about sequestration on a day-to-day basis but it comes up around the water cooler," Johnson said. "There's an uncertainty there that people are uncomfortable with."

But few are expecting movement on the cuts before the Nov. 6 presidential election. "The partisanship will just get amped up," added Diaz. "The rhetoric makes it difficult."

The Pratt & Whitney engineers declined to assign fault to either party for their dilemma. Instead, they prescribed a practical problem-solving approach.

"No blaming. Let's just fix it," Larkin said. "Get the appropriate people to come together, set aside their differences and make a decision."

They've made that plea to their own elected official in Congress, Republican Representative Allen West, who is definitely one of those "appropriate people."

West, a former Army lieutenant colonel and Tea Party favorite, voted in favor of the budget deal that set the cuts in motion, saying he did not want to play "Russian roulette" with a potential U.S. default.

He vowed to workers at a Pratt & Whitney rally that he would cut short a five-week recess and return to Washington immediately if he could help work out a deal to avert the cuts.

But with the campaign rhetoric accelerating, West did not offer much room for compromise. New revenue measures, as the Democrats want, remain unacceptable to him.

"Why are we talking about raising taxes when there's so much uncertainty out there in the economy," West said, calling President Barack Obama's call for higher taxes on the wealthy a "gimmick" that won't produce much in revenues.

"There's a lot of other places in Washington, D.C., where we can find the requisite amount of cuts," West added. "I think we've got to get the federal government back in its right and proper roles and responsibilities."

West's Democratic opponent in his bid for a second term, Patrick Murphy, argues that West is responsible for the problem by vilifying Democrats as "communists" and backing Tea Party demands for deep spending cuts with no revenue gains.

A study commissioned by the Aerospace Industries Association estimates that the automatic defense cuts could ultimately lead to the loss of over 1 million jobs. Add non-defense cuts and the number grows to over 2 million.