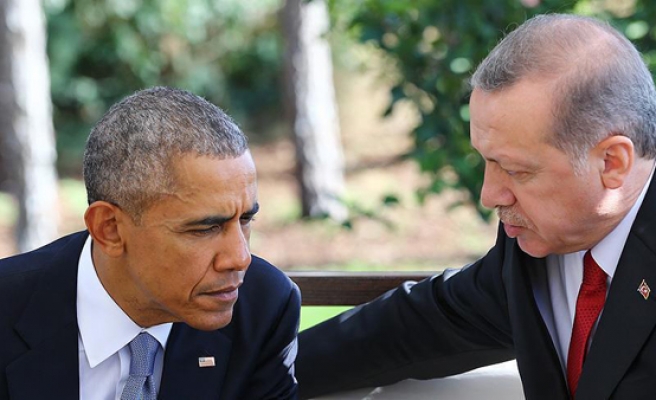 U.S. officials have stressed the value of America’s relationship with Turkey in the wake of a news magazine article that was misinterpreted by some sections of the Turkish media.

A profile of U.S. President Barack Obama in The Atlantic magazine contained the allegation that Obama was critical of Turkey’s President Recep Tayyip Erdogan.

Despite this appearing as a claim by the article’s author Jeffrey Goldberg, some newspapers in Turkey presented the phrase as a direct quote from Obama.

Mark Stroh, a spokesman for the White House’s National Security Council, said in his statement to Turkish press that Erdogan remained a “key partner” for the U.S.

“The president especially values the perspective of our Turkish partners given the country’s important role as a bridge between Europe, the Middle East, and the Muslim world,” he said.

He emphasized that the two presidents speak often, particularly over Syria and the fight against ISIL.

“When it comes to Syria, the president has expressed appreciation to President Erdogan for Turkey's generosity in hosting more than 2.5 million refugees and we will continue to be partners in confronting shared challenges,” Stroh said.

“I’m not going to speak to what the president said or didn’t say in that other than to say that we have been very clear that we will continue to work closely with Turkey on how to address the situation in Syria,” he told journalists at a news briefing on Thursday.

He added: “So I’m not going to speak to the specific quotes other than to say that we remain committed to working closely with Turkey on this issue and on any other issue. Turkey is a close partner, NATO ally, it’s a democracy.

“We want to see that democracy continue to be strengthened and we’re going to work closely with Turkey going forward.”