'They actually hurt themselves because no one is going to sit at a table with them,' says independent analyst Mark Perry 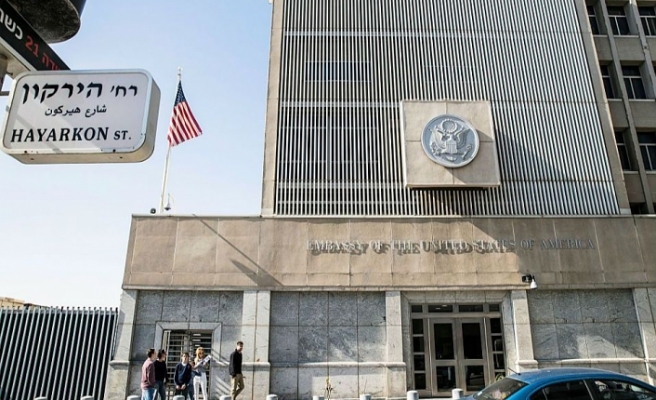 When U.S. President Donald Trump announced one year ago that Washington would be relocating its embassy in Israel from Tel Aviv to Jerusalem, his declaration was met with ominous claims of pending disaster and threats of significant penalties from international powers.

Neither have come to pass.

The most significant rebuke from the international community – a UN General Assembly vote that overwhelmingly passed – merely asked countries not to establish embassies in Jerusalem. It did not impact in any way the administration’s bullish approach to the matter.

But despite calls from the U.S. and Israel for other countries to follow suit, only a handful have, and at least one nation – Paraguay – reversed course following a change in government.

That response could best be described as “tepid,” said Noura Erakat, a human rights lawyer who focuses on the Israeli-Palestinian conflict.

“This seems to just marginalize the United States even more when it comes to its standing internationally,” Erakat told Anadolu Agency.

Trump’s decision – fulfilled in May – has served to foil any efforts his administration may take to broker Israeli-Palestinian peace, particularly a looming rollout of its peace plan that is being forged by his son-in-law and special advisor Jared Kushner.

The Palestinian leadership has adamantly rejected any role for the U.S. in prospective peace talks after Trump upended decades of internationally-held understandings about Jerusalem by recognizing the city as Israel’s capital.

Indeed, in announcing the embassy move, Trump said he was “taking Jerusalem off the table,” language that led many “to conclude that the U.S. policy is to determine unilaterally, or through coordination with Israel, issues that had been deemed as ‘final status’ in the past,” remarked Nathan Brown, a professor of political science at George Washington University who specializes in the Middle East.

“The Trump administration's diplomacy seems aimed at persuading regional actors to accept current realities as a kind of imposed solution on the Palestinians. So far, the U.S. has achieved a few tactical successes, but even the most cooperative regional actors seem more resigned to than they are supportive of the Trump approach,” he said.

Following not only the Jerusalem declaration but the Trump administration’s subsequent moves to sever U.S. aid for the Palestinians, speculation has continued to mount that Kushner’s proposal is likely to be little more than a carte blanche to Israel, which Mark Perry, an independent analyst who served as an informal advisor to former PLO Chairman Yasser Arafat, described as “a surrender document for the Palestinians”.

Further thwarting Trump’s ambitions for the peace plan is opposition to the Jerusalem declaration from Saudi King Salman, according to Perry.

Salman has largely taken a back seat in ruling the Kingdom to Crown Prince Mohammed bin Salman, who is said to be more favorable to the forthcoming plan.

But Perry said the king has remained adamant on the issue following the U.S.’s unilateral Jerusalem declaration, an important development as the Kingdom continues to play a leading role among most Arab nations.

“No matter what the peace plan is, it’s not going to go anywhere without Arab support, and Saudi Arabia is not ready to do that,” Perry said.

While the Trump administration has not been dealt a major international blow by the president's announcement, neither has it gained much beyond the accolades heaped on it by Israeli leaders.

Meanwhile, Trump's promise to strike the "deal of the century" between Israel and Palestine appears, for now, derailed by his own actions.

“The strategy is not to run in place. The strategy is to make progress. And yeah, the move of the embassy to Jerusalem didn’t hurt them, but what exactly was the gain?” said Perry.

“This was pure fluff, and the mistake of the Trump administration was to assume that they were going to gain something by it. They gained nothing. And they actually hurt themselves because no one is going to sit at a table with them. These are people who can’t keep promises."