US envoy in Ankara elaborates on visa decision 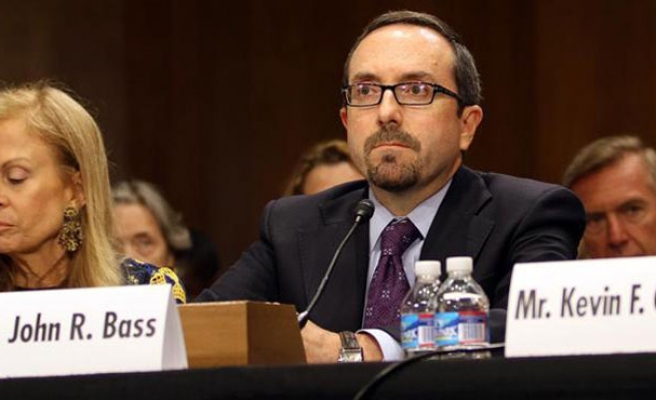 The U.S. on Monday clarified its decision to suspend non-immigrant visa operations at its diplomatic facilities in Turkey, emphasizing that it only applies to the consideration of new visa applications.

“If you have a valid visa, you can still travel to the United States. If you want to apply for a visa at another U.S. embassy or consulate outside of Turkey, you are free to do so,” U.S. Ambassador to Turkey John Bass said in a statement.

Bass justified the decision to scale back non-immigrant visa services at the U.S. embassy and consulates in Turkey after it failed to gather information from Turkish authorities on why a Turkish staff member of its diplomatic mission was arrested last week.

“Despite our best efforts to learn the reasons for this arrest, we have been unable to determine why it occurred or what, if any, evidence exists against the employee. The employee works in an office devoted to strengthening law enforcement cooperation with Turkish authorities and ensuring the security of Americans and Turkish citizens. Furthermore, our colleague has not been allowed sufficient access to his attorney,” he added.

“Our local staff members are Turkish citizens and we, of course, expect them to observe Turkish law like any other citizen of the Republic.  They have a right to expect Turkish authorities will provide appropriate legal protections and due process, including the presumption of innocence until proven otherwise, in accordance with the Turkish constitution, and the principles of rule of law that all modern democracies follow,” he added.

He noted that this was not a decision the U.S. took lightly and it was taken “with great sadness”.

“We hope it will not last long, but at this time we can’t predict how long it will take to resolve this matter.  The duration will be a function of ongoing discussions between our two governments about the reasons for the detention of our local staff members and the Turkish government’s commitment to protecting our facilities and our personnel here in Turkey,” he added.