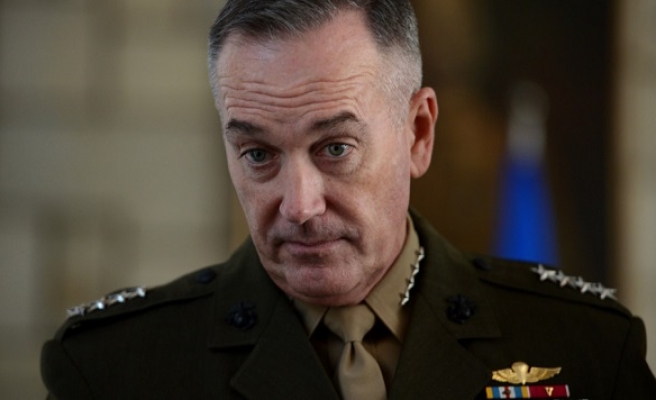 While under fire from a lawmaker’s line of questioning about whether the defense budget is determined in accordance with the White House’s strategic plan or vice versa, Joint Chiefs chairman Gen. Joseph Dunford acknowledged that defense spending is based on defense strategy reviews and guidelines prepared by the White House.

Briefing the House Armed Services Committee alongside Secretary of Defense Ash Carter, Dunford tried to avoid the pressure by saying that the budget submitted to Congress is enough to complete the defined strategy.

Republican Rep. J. Randy Forbes showed Dunford White House defense reviews for 2012 and 2014, asking: “Did either of these two documents assume that we would resettle relations with Russia and that we would be able to cooperate with them?”

The top general responded: “Yes because we did not foresee Russians’ current actions in those documents.”

Forbes asked: “So the assumptions made in those two documents were not correct with the Russians right?”

Dunford replied that with respect to Russia those documents were not correct.

“Did either of these documents count for China’s aggressive behaviors in South China Sea?,” the Virginia representative asked.

Dunford replied: “Not to the extent we have seen congressman.”

The top general also told lawmakers that eight Marines were injured as a result of ISIL rocket fire on a U.S. fire base in Iraq on Saturday that killed one American soldier.

The Pentagon previously said several Marines were injured, some of whom were able to return to duty. Carter acknowledged that the number of U.S. troops in Iraq is higher than the administration's authorized cap of 3,870.

The debate about troop levels in Iraq came after the attack in northern Iraq, which revealed an unannounced deployment of around 200 Marine Corps.

Pentagon officials argued Monday that those troops were already serving in the region and may not be considered as an additional deployment of troops because they were there on a temporary basis.