Charlottesville Mayor says he will take legal action to prevent another hate rally. 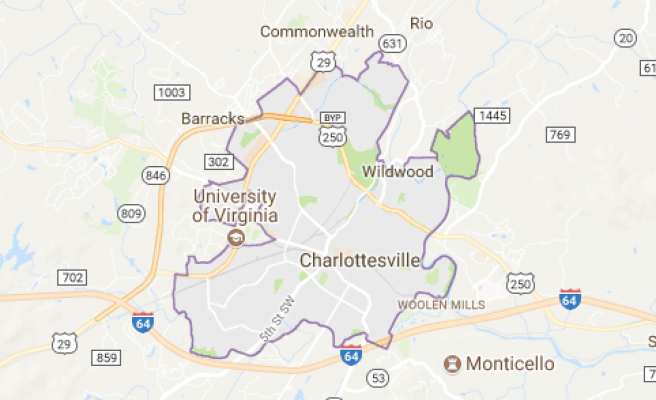 White nationalist Richard Spencer and his supporters on Saturday flocked to Charlottesville, for the first time since a neo-Nazi’s deadly attack on protesters in August.

Dozens of white nationalists encircled a statue of Robert E. Lee with tiki torches, chanting "You will not replace us!”

The general Lee was the rebel confederacy's top general in America's civil war, and calls have grown for confederate symbols to be removed from public spaces after a series of violent attacks that have been tied to white supremacists who regularly use such imagery.

“We are here to represent white America’s interests,” they shouted out loud. “Russia is our friend” and “the South will rise again.”

The statue of Lee was covered with black tarps since an August 11 rally of hundreds of white nationalists and the August 12 killing of protester Heather Heyer.
“We’re going to do it again,” Spencer said in his Tweet after Saturday’s rally. “We came, we triggered, we left. We did an in-and-out flash mob."

However, Charlottesville Mayor Mike Signer said he would take legal action to prevent another hate rally at the park.

“Another despicable visit by neo-Nazi cowards,” the mayor said in his Tweet. “You’re not welcome here! Go home! Meantime we’re looking at all our legal options. Stay tuned.”

In what is thought to be the largest such demonstration in a decade, hundreds of white nationalists and neo-Nazis gathered in Charlottesville, less than two months ago, in a day of violence that resulted in the killing of one person and more than 30 injuries.