US Fed Chair Yellen bullish on economy in final address 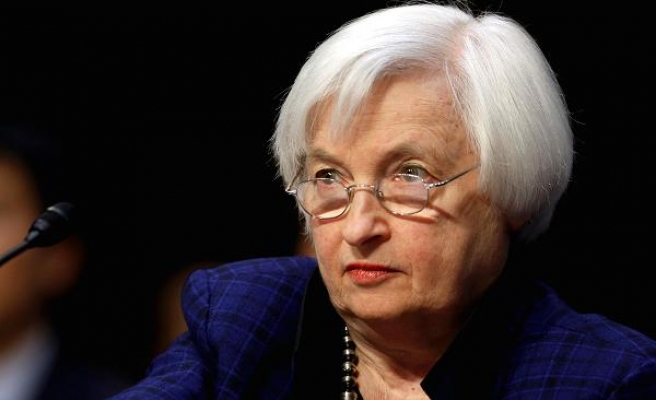 In her final speech to Congress, the outgoing head of the Federal Reserve on Wednesday expressed confidence in the growth of the economy but warned of the potential of rising public debt and income inequality.

Janet Yellen said the Fed wants to raise interest rates gradually so as to not allow inflation to surge.

"We don't want to cause a boom-bust condition in the economy,” she told lawmakers as she sets to resign from the central bank in February.

She cautioned against the potential of rising public debt.

Earlier this month, President Donald Trump said he would not nominate Yellen for a second term to lead the central bank, breaking with decades of tradition. Instead, he nominated Jerome Powell, a Republican on the Fed’s board of directors who has voiced an economic philosophy similar to Yellen.

During his confirmation hearing Tuesday before the Senate, Powell said he would continue the Fed's drive toward gradual normalization following more corrective measures toward interest rates put in place following the 2008 economic crisis.

Yellen announced shortly thereafter she would resign entirely from the bank’s board of governors when her term ends in February. Her term as a governor, however, was scheduled to end in 2024.

In general, Yellen painted a glowing picture of the U.S. economy, pointing to a 4.1 percent unemployment rate that is the lowest in about 20 years.

“The economic expansion is increasingly broad based across sectors as well as across much of the global economy,” she said.

Yellen hinted at her feelings about proposed legislation in the Senate aimed at overhauling the country’s tax code. She said that she was troubled by reports from the nonpartisan Congressional Budget Office that the bill could cause the national debt to widen even further.

She told lawmakers that supporting education, infrastructure projects and innovation should be a focus. Yellen thought “dismally low” productivity growth in the U.S. would continue to curb the economy and cause wages to stagnate.