Boeing and engine maker General Electric (GE), have applied for export licences in a six-month window agreed by Iran and six world powers in November 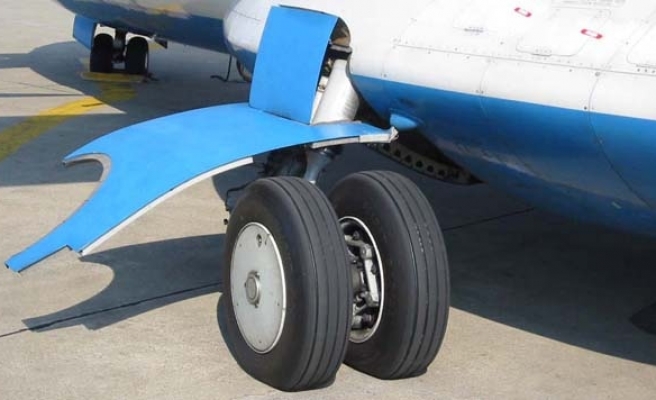 U.S. aerospace companies are seeking permission to sell airliner parts to Iran for the first time in three decades, in a key test of the temporary relief on sanctions given under talks to curtail Iran's nuclear activities.

At least two leading manufacturers, Boeing and engine maker General Electric (GE), have applied for export licences in a six-month window agreed by Iran and six world powers in November, industry officials and other sources familiar with the matter said.

If approved, the sales would be the first acknowledged dealings between U.S. aerospace companies and Iran since the 1979 U.S. hostage crisis led to sanctions that were later broadened during the dispute over Iran's nuclear activities.

Rival European groups, however, have been slower to react because of doubts over the status of the European Union's complex Iranian sanctions legislation and fears of a backlash from the United States, which had warned them not to rush into dealings with Iran.

Other potential obstacles include uncertainty over terms and conditions for exports and the difficulty of finding banks willing to handle the transactions, which must be completed by July 20.

A GE spokesman said his company had been asking since 2004 for permission to provide parts and maintenance for engines for safety reasons, without profiting from the scheme. GE, the world's largest maker of jet engines by sales, refiled its request after the sanctions relief came into force, he added.

"We don't want to make a penny on it. It's entirely for flight safety," Rick Kennedy said, adding that GE would donate any proceeds to charity.

A source familiar with the matter said that Boeing, the world's biggest manufacturer of passenger jets, had also filed a request for permission to export parts to Iran.

'FOOT IN THE DOOR'

Iran agreed in November to curtail its nuclear activities for six months from Jan. 20 in exchange for sanctions relief from Britain, China, France, Germany, Russia and the United States. The deal provides for the sale of parts to flag carrier Iranair, the fleet of which includes vintage Boeing and Airbus jetliners delivered as long ago as 1978.

Joel Johnson, an analyst with Virginia-based Teal Group, said that U.S. officials viewed the sale of spare aircraft parts as a powerful carrot for Iran, which for decades has relied on parts obtained on the black market or copied locally.

He said the move could also help American companies to put themselves in a position to benefit if a broader softening of sanctions is agreed.

"It allows some U.S. companies to get a foot in the door and restore relations that they have not had for over 20 years," Johnson said.

A senior Iranian official told Reuters in November that Iran could require between 250 and 400 jets if and when sanctions are lifted completely.

Iran says the sanctions have prevented it from renewing its fleet, forcing it to use sub-standard Russian aircraft and to patch up jets that have long since exceeded their normal years of service.

Since 1990 it has had more than 200 accidents, causing more than 2,000 deaths, according to official news agency IRNA.

Negotiations aimed at reaching a final settlement in the dispute over Tehran's nuclear programme resumed this week in Vienna, where the six powers said they had made a "good start".

Though the countries are negotiating as one bloc, the temporary scheme under which aircraft parts can be exported has exposed differences in the way sanctions are handled, which could delay any benefits for European firms, trade lawyers say.

The U.S. ban on sales of aircraft parts to Iran predates the international tensions over Iran's nuclear activities and was relaxed in a ruling that came into force on Jan. 20.

the EU, which had not explicitly banned sales of parts for civil airliners but instead went directly to wider sanctions, has not specifically allowed their export. Some lawyers say this means that the latest EU amendments fail to resolve the risk that exporters could be punished by other laws, such as a ban on "dual-use" items.

The EU's most recent list of banned categories that could be adapted for military use contains 42 references to aircraft.

European executives say there has been little or no movement on exporting European-made aircraft parts to Iran.

"I have a pile of requests. There are limited situations in which we would consider this - for example, if Iranair had a problem with a specific part and we had one in stock - but we are not actively seeking to export," a top official with a leading European aerospace company said.

"We will wait at least to see whether the six-month agreement is extended and preferably a more general agreement that gives lasting resolution to political issues. This is still more of a political stage than a commercial one."

Industry nerves were rattled this month when the United States said that a visit by a French trade delegation to Tehran was "not helpful" and gave what it described as the wrong impression that the West could do business as usual there.

Airbus denied reports that it had taken part in the trip. Though based in Europe, Airbus includes significant quantities of U.S.-manufactured parts in its jets and could export those by applying to the U.S. Treasury. But experts say it may have to tread carefully and act entirely through U.S. subsidiaries to avoid accidentally tripping over EU laws.

"We are considering a few requests; however, no licences have been applied for," an Airbus spokesman said.

A French government spokeswoman declined to comment on whether any suppliers had sought permission to export parts to Iran directly from France, where Airbus is based.