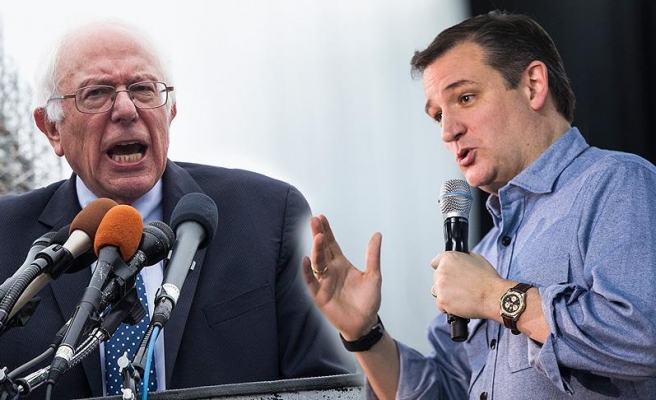 There is more than a fair bit of fight left in the U.S. presidential race, with Republican and Democratic front-runners facing significant competition from their fellow candidates on Saturday.

Cruz also claimed a victory in Maine while Trump, who continues to hold a commanding lead in the delegate count, won Louisiana and Kentucky. That makes seven total victories for Cruz to Trump's 12.

Addressing supporters at a campaign rally in Idaho, where Republicans vote on March 8, Cruz said that his early win was a sign that conservatives were rallying behind him.

“We saw on Tuesday, the Super Tuesday results that were extraordinary. And today on Super Saturday, we seem to be seeing a continuation of that very same pattern,” he said.

The polls in five states – Kansas, Louisiana, Maine and Kentucky for Republicans and Kansas, Louisiana and Nebraska for Democrats – closely followed the single biggest day of voting in the presidential nomination process, Super Tuesday, and was just 10 days before a handful of big states, including Florida and Ohio, vote on March 15.

For the Democrats, Vermont Sen. Bernie Sanders won in Nebraska and Kansas while former Secretary of State Hillary Clinton claimed a victory in Louisiana.

That give Sanders a total of seven state wins, compared to Clinton’s 11. But in terms of delegates, Clinton continues to dominate with at least 1,117 to Sanders’s 477. A Democratic candidate requires 2,383 delegates to gain the party’s nomination.

Saturday’s elections followed growing tensions among Republican contenders after Trump scored 10 victories across the country on Tuesday, quickly becoming the focus of his opponents’ ire.

After Rubio’s continued failure to gain traction as Trump racks up new victories, it is unclear if he will bow out before the pivotal March 15 contests. The senator from Florida faces the possibility of a humiliating loss in the state, a crucial winner-take-all primary.

Rubio has claimed only one win so far.