A representative of US Treasury says Putin is 'picture of corruption' 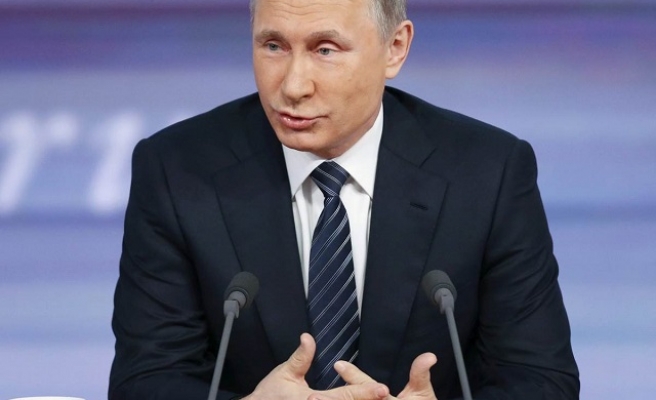 The U.S. government imposed sanctions against a number of Kremlin insiders in 2014 after Russia's annexation of Crimea in Ukraine, but did not accusePutin of direct involvement in corruption.

However, during a Panorama investigation intoPutin's "secret riches", Adam Szubin, the acting under secretary for terrorism and financial intelligence at the U.S. Treasury said Putin was a "picture of corruption".

"We've seen him enriching his friends, his close allies, and marginalising those who he doesn't view as friends using state assets," Szubin, who oversees U.S. Treasury sanctions, told the Panorama programme, in an unusually strong statement from the government on Putin's personal finances.

"Whether that's Russia's energy wealth, whether it's other state contracts, he directs those to whom he believes will serve him and excludes those who don't. To me, that is a picture of corruption."

The U.S. government has known about this for "many, many years", he added.

The programme cited a secret CIA report from 2007 stating that Putin's wealth stood at around $40 billion (37 billion euros).

"He supposedly draws a state salary of something like $110,000 a year," said Szubin. "That is not an accurate statement of the man's wealth, and he has long-time training and practices in terms of how to mask his actual wealth."

He alleged he managed the transfer of a $35-million yacht to Putin from Chelsea football club owner Roman Abramovich, whose lawyers dismissed the claims as speculation.

Putin's spokesman told the BBC that "none of these questions or issues needs to be answered, as they are pure fiction".

The Russian president earned about 3.7 million rubles ($104,000, 75,000 euros) and owns three Russian-made cars, a 77-square-metre flat, a garage and a plot of land, according to a declaration of assets published on the Kremlin's website in 2014.

Putin's modest declared earnings are by far the lowest among Kremlin officials, and below most ministers, many of whom boast fleets of luxury vehicles and multiple houses in European countries.

Putin, a former KGB agent, has previously scoffed at claims he was Europe's richest man, saying: "It's simply rubbish. They just picked all of it out of someone's nose and smeared it across their little papers."

Moscow also on Thursday dismissed as a "joke" a British inquiry's findings that Putin "probably approved" the killing of ex-spy Alexander Litvinenko a decade ago in London.