US 'horrified' by Assad's attack in Raqqa 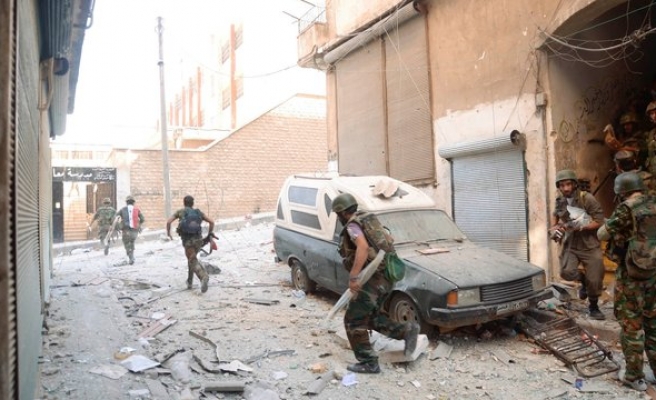 The U.S. said Wednesday that it was "horrified" by the latest airstrikes by the Syrian regime that targeted the city of Raqqa.

"We have consistently condemned the regime’s violence directed against civilians and its ongoing human rights abuses and violations of international law, including murder, hostage-taking, enforced disappearances, torture, rape, sexual violence, and the indiscriminate use of barrel bombs," Psaki said.

At least 130 people were killed in airstrikes in Raqqa province which is currently under the control of ISIL, hospital staff told The Anadolu Agency on Wednesday.

The city and its surroundings have remained under the helm of the terror group for months. ISIL, which is active in Syria’s eastern and northern regions, are fighting against the Free Syrian Army in a bid to establish its own sovereign state, while mostly avoiding confrontation with forces loyal to Syrian President Bashar al-Assad’s regime.

"We remain committed to supporting the Syrian opposition and working towards a political solution that stops the violence and leads to a future of freedom and dignity for all Syrians." Psaki said.

The United Nations and human rights groups have asked all sides in Syrian conflict not to use weapons as they have failed to separate civilians and military targets.

More than 15,000 women and girls have been killed in Syria since the civil war began in 2011, while approximately 2,500 women are still detained or missing, the Syrian Network for Human Rights said on Nov. 25.

More than 190,000 people have been killed, according to the latest UN figures published in August.