As House speaker, Boehner is second in line for the presidency after the vice-president and one of the most powerful figures in Washington. 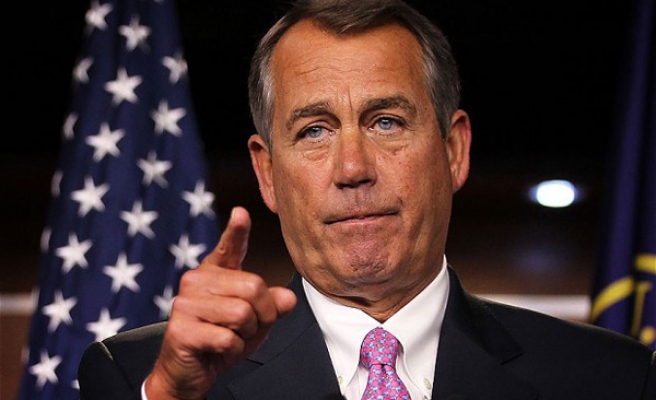 US House Speaker John Boehner, who has spent years pushing back against a rebellious flank long seeking his ouster, told a closed-door meeting Friday that he will resign next month, his office and lawmakers said.

The 65-year-old's departure after 24 years in Congress and four years in the speaker's chair will spark an intense battle for control of the House as the United States gears up for a presidential election in November 2016.

"Speaker Boehner just announced in Conference that he will resign as Speaker and from Congress at the end of October," House Republican Bill Huizenga said in a stunning tweet.

Boehner's office confirmed the timing, adding that while his original plan was to serve only through last year, House majority leader Eric "Cantor's loss in his primary changed that calculation."

The intense tug of war between the establishment leadership and hard-core conservatives, who have challenged Boehner on everything from federal spending and government shutdowns to anti-abortion fights, has often spilled into the open, with the rank-and-file often calling for Boehner's head and causing deep friction in the House during his tenure.

"The Speaker believes putting members through prolonged leadership turmoil would do irreparable damage to the institution," a Boehner aide said.

"He is proud of what this majority has accomplished, and his Speakership, but for the good of the Republican Conference and the institution, he will resign the Speakership and his seat in Congress, effective October 30."

A key question is whether Boehner's deputy, House Majority Leader Kevin McCarthy, is able to win the speakership in a chamber vote and step into the position, which puts him second in line of succession to the presidency, after the vice president.

The succession battle could plunge the lower house of Congress into political turmoil, with an emboldened conservative wing eager to put its stamp on the new leadership.