The Department of Homeland Security said "enhanced security measures" would be implemented in the next few days at "certain overseas airports with direct flights into the United States." 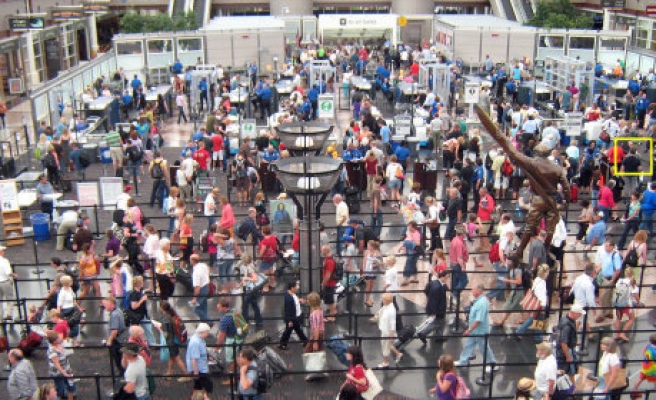 The United States said on Wednesday it would increase security at overseas airports with direct flights into the country and U.S. officials cited concerns al Qaeda operatives in Syria and Yemen were developing bombs that could be smuggled onto planes.

European airports would be taking the extra precautions, the U.S. officials told Reuters on condition of anonymity.

The Department of Homeland Security said "enhanced security measures" would be implemented in the next few days at "certain overseas airports with direct flights into the United States."

It did not specify which airports or what countries would be affected, nor did it say what triggered the extra precautions.

"We are sharing recent and relevant information with our foreign allies and are consulting the aviation industry," DHS Secretary Jeh Johnson said in a statement.

Earlier, law enforcement and security officials told Reuters the United States and European authorities were discussing measures that could include extra scrutiny of U.S.-bound passengers' electronics and footwear, and installation of additional bomb-detection machines.

Bombmakers from the Nusra Front, al Qaeda's affiliate in Syria, and Yemen-based Al Qaeda in the Arabian Peninsula (AQAP) are allegedly working together to try to develop explosives that could avoid detection by current airport screening systems, U.S. national security sources said.

The main concern is that militant groups could try to blow up U.S. or Europe-bound planes by concealing bombs on foreign fighters carrying Western passports who spent time with rebel factions in the region, the sources said.

AQAP already has a track record for plotting such attacks. It was behind a failed 2009 attempt by a militant with a bomb hidden in his underwear to blow up a Detroit-bound airliner.

U.S. officials believe Nusra and AQAP operatives have carried out operational testing of new bomb designs in Syria, where Nusra is one of the main groups fighting to overthrow President Bashar al-Assad, a national security source said.

The "stealth" explosives the bombmakers are trying to design include non-metallic bombs, ABC News reported.

There was no immediate indication that U.S. intelligence has detected a specific plot or timeframe for carrying out such an attack.

But officials are especially worried that the recent battlefield successes of the Islamic State in Iraq and the Levant (ISIL), an al Qaeda splinter group, have drawn a growing number of militants from America and Europe to the cause and they would have easy access to flights headed for U.S. cities.

Still, the Obama administration has been cautious in its response.

Negotiations for beefed-up security with European governments have taken place behind the scenes, apparently to avoid raising alarm among air travelers and to minimize diplomatic fallout. U.S. officials said some measures under discussion will remain secret.