A hacker claims to have broken into the AOL account of CIA Director John Brennan by obtaining by posing as a Verizon worker to trick another employee into revealing the spy chief’s personal information. 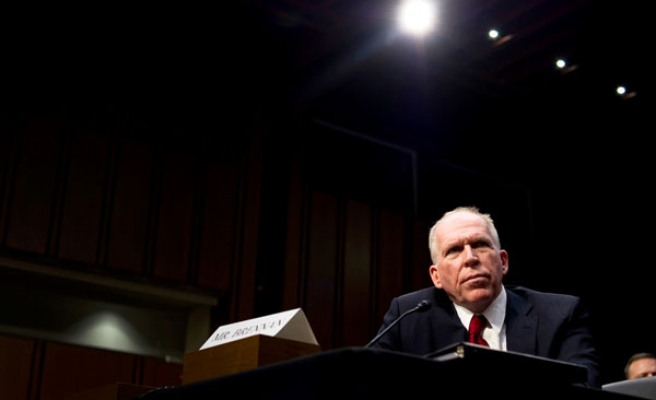 The FBI and Secret Service are currently investigating reports that personal email accounts associated with CIA Director John Brennan as well as Department of Homeland Security Secretary Jeh Johnson have been hacked, according to a report in CNN.

In an interview with CNN on Monday, the hacker said he had still not been contacted by law enforcement.

The CIA issued a statement Monday saying they are aware of the report. A DHS spokesman also issued a statement saying, "We don't discuss the Secretary's security information. We have forwarded this matter to the appropriate authorities." The FBI declined to comment.

It does not appear that any classified information was accessed, according to a law enforcement official.

The alleged hacker said he was motivated both by politics and by the desire to shame the government.

The reports highlight the sensitivity of government officials using personal email addresses whether or not they use them for government purposes, an issue thrust into the spotlight in part by Hillary Clinton's use of private email when she was secretary of state.

While much of the controversy over Clinton's email use stems from the fact that she used the account for work purposes -- there has also been concern about officials using personal email for non-government purposes but on company computers.

The problem is that private email addresses make easy targets however the concern with personal email is that it becomes a easy for hackers to target and exists outside the protections on .gov email addresses managed by the government.

In fact, the hacker told The New York Post that he used a stunningly simple tactic to allegedly hack Brennan's account.

The process, called "social engineering," involves collecting information on a person that is publicly available and using it to personalize an attack on their accounts. In this particular case, the alleged hacker told the Post he tricked Verizon employees into giving him Brennan's information and got AOL to reset his password, presumably sending the reset to the hacker.

The tactic, taking advantage of call centers, has been documented by several in the security community as a relatively easy and dangerous hacking technique.