US: ISIL in 'genocide' against Christians, Shiites

US Secretary of State says 'ISIL is genocidal by self-proclamation, by ideology and by actions, in what it says, what it believes and what it does' 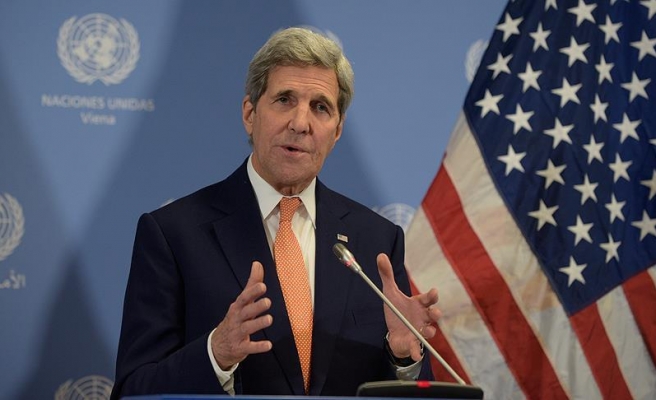 The ISIL group is carrying out genocide against the Christian, Yazidi and Shiite minorities on its territory in Iraq and Syria, the United States declared Thursday.

"ISIL is genocidal by self-proclamation, by ideology and by actions, in what it says, what it believes and what it does," Secretary of State John Kerry said.

"ISIL is also responsible for crimes against humanity against these same groups," he added, using the U.S. government's preferred term for the group.

Washington's senior diplomat made the ruling after the U.S. Congress voted to designate the armed group's murders of religious minorities genocidal, a move which has international legal implications.

The United States is already leading a coalition of Western and Arab allies to strike ISIL targets from the air and to support Iraqi government and Kurdish and Syrian militia forces against the group.