The U.S. issued a new travel alert for Ukraine amid Kiev violence on Tuesday. 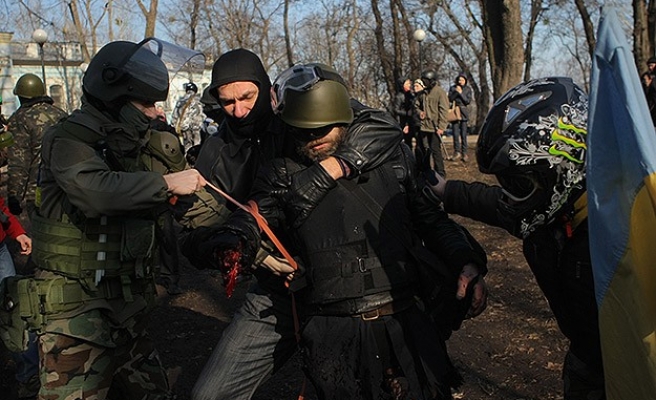 The United States issued a new travel alert for Ukraine on Tuesday, citing increased risks because of political unrest and violent clashes between protesters and authorities.

"The situation in Ukraine is unpredictable and could change quickly. Further violent clashes between police and protesters in Kiev and other cities are possible," the State Department said, replacing an alert from Jan. 28.

"U.S. citizens are advised to avoid all protests, demonstrations, and large gatherings," the alert added. "U.S. citizens whose residences or hotels are located in the vicinity of the protests are cautioned to leave those areas or prepare to remain indoors, possibly for several days, should clashes occur."

Ukrainian riot police charged protesters occupying a central Kiev square early on Wednesday after the bloodiest day since the former Soviet republic, caught in a geopolitical struggle between Russia and the West, won its independence more than 22 years ago.