An octogenarian Catholic nun is set to spend nearly three years in federal prison for anti-nuclear protest two years ago. 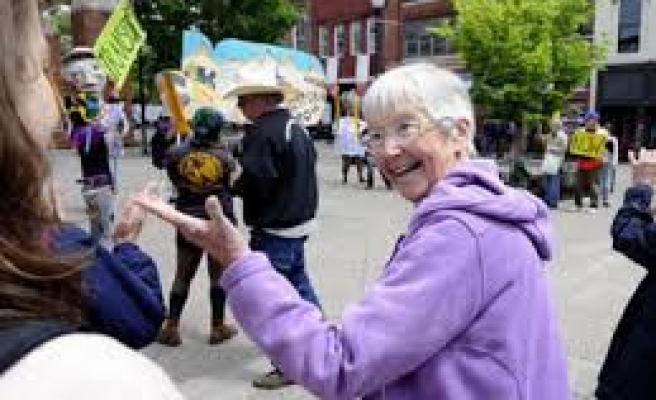 World Bulletin / News Desk
A US Catholic nun was sentenced to 35 months in prison on Tuesday for causing more than $1,000 of damage to government property when she broke into a nuclear site in Tennessee in July 2012.

Megan Rice, received a sentence of two years and 11 months. Her two accomplices Michael Walli, 65, and Greg Boertje-Obed, 58, each received a five years and two months sentence. After finishing their sentence, they will have three years of supervised release.

The three, calling themselves “Transform Now Plowshares,” were arrested  early on July 28, 2012  after they broke into the Y-12 National Security Complex in Tennessee. They were convicted in May of intending to harm national security as well as damaging government property.

The incident raised many concerns about security breaches that allowed the activists to reach the bunker holding bomb-grade uranium.