Thirty-two of the 50 U.S. states allow the death penalty, but only a handful vary from the definition of mental disability used by psychiatrists and others 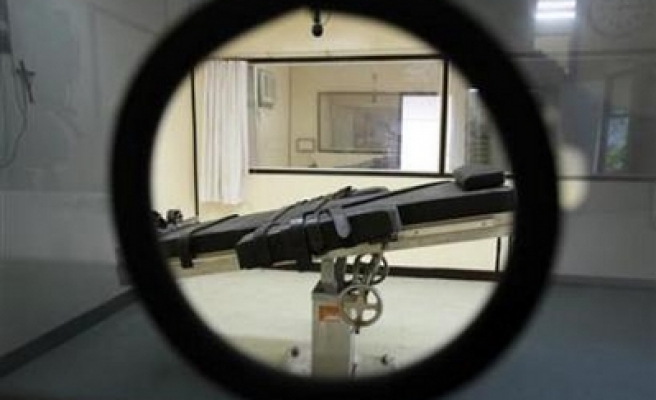 A majority of the U.S. Supreme Court on Monday appeared poised to rule for a Florida inmate who is challenging the state's method of deciding whether criminals are mentally disabled and therefore exempt from the death penalty.

The state determined that convicted murderer Freddie Lee Hall was mentally disabled in 1992, but later found him competent after he scored 71 on an IQ test, the minimum under Florida law.

Justice Anthony Kennedy, the regular swing vote on the nine-member Supreme Court, signaled during Monday's one-hour oral argument that he was likely to side with liberal justices in ruling for Hall. The court looks set to find that Florida's process for finding that Hall could be executed is not lawful under the Eighth Amendment to the U.S. Constitution, which bans cruel and unusual punishment.

Thirty-two of the 50 U.S. states allow the death penalty, but only a handful vary from the definition of mental disability used by psychiatrists and others. At a minimum, Florida, Virginia, Alabama, Idaho and Kentucky could be affected by the high court's ruling, according to Hall's attorneys.

At issue in the case is whether states should defer to the clinical consensus for determining whether people are mentally disabled. Hall's lawyers said experts, including the American Psychiatric Association, stated that IQ tests should include a standard error of measurement of five percentage points. Florida's test has a hard cut-off at 70 on the IQ test and does not take into account the standard error of measurement.

Kennedy appeared especially concerned that in Florida, if an inmate scores above 70, there is no further attempt to determine mental disability with other tests.

"Your rule prevents us from getting a better understanding of whether the IQ score is accurate or not," Kennedy told Florida Solicitor General Allen Winsor.

Kennedy was in the majority in a 2002 case, Atkins v. Virginia, in which the court held that states could not execute someone who was mentally disabled. Of the justices who voted in the case and are still on the bench, Ruth Bader Ginsburg and Stephen Breyer were in the majority, while Antonin Scalia and Clarence Thomas were in the minority.

Kennedy's questions on Monday were similar to those posed by the liberal members of the court, including Justice Elena Kagan.

She asked Winsor the pointed question of whether the state's approach is "at all consistent with anything we ever say when it comes to the death penalty."

The conservative wing of the court, including Scalia, appeared more sympathetic to Florida.

Scalia questioned whether the court was required to defer to psychiatrists over the standard-error-of-measurement approach. He indicated he would be more willing to give states leeway to pick their own approach.

Hall, 68, was convicted of the 1978 shooting deaths of a sheriff's deputy and a woman who was seven months pregnant. Only his death sentence is at issue in the case