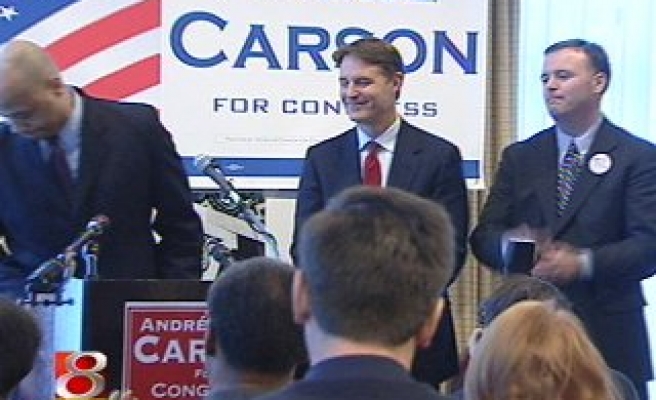 The Republican Party is also known as the GOP, or Grand Old Party.

“It fired up the tea party, that’s for sure,” Carson said Wednesday.

Pelosi said Wednesday that Carson, who is the only member of Congress to have served on the Department of Homeland Security’s Fusion Centers, brings unique skills to the post.

Rep. Joe Crowley, vice chairman of the Democratic Caucus, said in a letter to Democratic and Republican lawmakers that the comments “deeply offend” him “as I’m sure they offend all of you, which is why I hope all of us will take every opportunity to renounce these kinds of comments and discourage this kind of harmful talk.”

“We will never be able to grow as a society if we allow this kind of hatred and division to go unchecked,” he said.