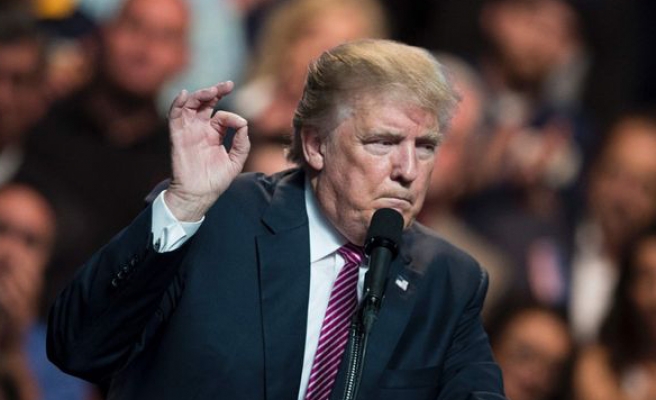 For the first time in more than 40 years the Senate examined Tuesday the American president's authority to launch a nuclear strike on a foreign enemy.

President Donald Trump and his unpredictable, erratic approach to major crises has prompted the hearing.

"We are concerned that the President of the United States is so unstable, is so volatile; has a decision-making process that is so quixotic, that he might order a nuclear-weapons strike that is wildly out of step with US national security interests," Democrat Chris Murphy told the Senate Foreign Relations Committee. "Let's just recognize the exceptional nature of this moment."

Trump has repeatedly made public statements aimed at foreign leaders, particularly North Korean leader Kim Jong-un, whom Trump has named "rocket man". He threatened Kim in August with "fire and fury like the world has never seen”, a likely reference to nuclear war.

Trump notably could not name the components during last year's campaign for the White House.

Over the weekend, he appeared to make light of the simmering tensions between Washington and Pyongyang as the latter continues its pursuit of illegal nuclear and ballistic missile programs.

"Why would Kim Jong-un insult me by calling me "old," when I would NEVER call him "short and fat?" Oh well, I try so hard to be his friend - and maybe someday that will happen!" Trump wrote on Twitter while on a trip to Asia, using admittedly toned-down rhetoric compared to past statements.

Addressing the committee, Brian McKeon, a former top Pentagon official, said Trump's tweets during the ongoing stand-off with North Korea should not be taken lightly given that North Korea does not have the capabilities to check to see if some of Trump's comments are mere bluster.

Retired Gen. Robert Kehler, who previously headed the U.S.'s command that would be in charge of the nuclear arsenal during a war, said while the U.S. military is obligated to follow legal orders, it is not duty bound to adhere to illegal ones.

"The United States military does not blindly follow orders," he said. "A presidential order to employ U.S. nuclear weapons must be legal. The basic legal principles of military necessity, distinction and proportionality apply to nuclear weapons just as they do to every other weapon."

Kehler acknowledged, however, should the military reject a nuclear strike order that would result in a “very difficult conversation.”

Marco Rubio, who ran against Trump in the Republican presidential primary last year, was among lawmakers who were quick to point out that the hearing should not be taken as a reduced U.S. nuclear posture.

"Our adversaries are watching," he said. "If anyone out there thinks they can somehow get away with something because the politics of the United States would somehow prevent the commander-in-chief from acting expeditiously, that could also encourage miscalculation, particularly on behalf of people who are isolated from the world, don't get a lot of information, and have never had anyone tell them they're wrong or no, and I have one person in particular in North Korea who concerns me in that regard."