'The time for inaction is over,' Senator Dianne Feinstein says 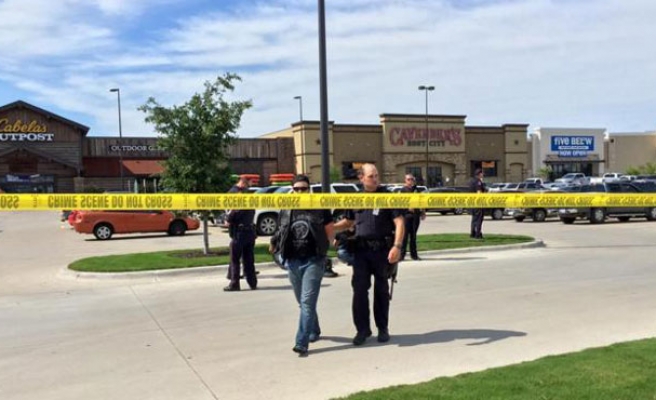 “We’re introducing an updated Assault Weapons Ban for one reason: so that after every mass shooting with a military-style assault weapon, the American people will know that a tool to reduce these massacres is sitting in the Senate, ready for debate and a vote," the ranking member of the Senate Judiciary Committee said announcing the introduction of the legislation which also seeks to outlaw high-capacity ammunition magazines.

The Democratic push comes after more than two dozen people were brutally gunned down in a church in rural Texas by a gunman identified as Devin Patrick Kelley, 26, a military veteran with a history of domestic abuse.

The deceased ranged in age from 1 to 77 and included an unborn baby.

Kelley, like a series of mass shooters before him, chose an assault-style rifle to carry out the massacre. Last month, the shooter who unleashed devastation on a crowd of concert goers in Las Vegas, Nevada used a modified assault rifle.

That shooting, which left 58 people dead and hundreds more wounded, has the dishonorable distinction of being the deadliest mass shooting in recent U.S. history.

In addition to hundreds of spent shell casings, authorities recovered 15 30-round high-capacity magazines inside the First Baptist Church in Sutherland Springs after Kelley's rampage.

Despite yet another mass shooting tragedy, the new Democratic effort faces slim chances of success, with Republicans firmly in control of both houses of Congress and the White House.

President Donald Trump has ruled out tougher screening for individuals seeking to purchase firearms, saying the measure would not thwart future attacks.

Feinstein acknowledged the new policies she and her party are seeking will not stop all mass shootings but said they "will begin removing these weapons of war from our streets.

"Yes, it will be a long process to reduce the massive supply of these assault weapons in our country, but we’ve got to start somewhere," she said.

Trump and his party have reiterated their mantra after mass shootings, saying the immediate aftermath of a tragedy, when emotions are raw, is no time to discuss gun control.

"After each shooting, we’re told it’s not the right time to act. We’re told to respect the victims by sitting on our hands. Well, the time for inaction is over,” she said.