The move announced by the U.S. Treasury Department means non-profit groups focused on disaster relief, wildlife conservation, human rights and similar programs will no longer have to apply for special permission to enter Iran and conduct business there. 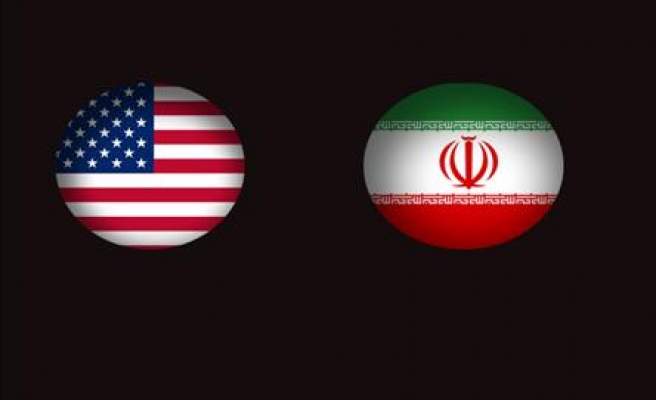 The United States relaxed sanctions on Iran on Tuesday to make it easier for U.S. humanitarian groups to work there and sports exchanges to occur between Americans and Iranians, a possible goodwill gesture after Iran elected a new moderate president.

The move announced by the U.S. Treasury Department means non-profit groups focused on disaster relief, wildlife conservation, human rights and similar programs will no longer have to apply for special permission to enter Iran and conduct business there.

It also allows Iranian and U.S. athletes to pay for sports exchanges and matches between the two countries without a special application, which can help encourage exchanges, analysts say.

The United States and its European allies have ramped up tough measures against Iran in recent years to slow development of the Islamic Republic's disputed nuclear program, blacklisting a wide range of Iranian companies and government officials and curbing Iran's oil exports.

The next talks on Sept. 27 between Iran and U.N. nuclear inspectors will be scrutinized for any sign the new Iranian government will be more transparent and less confrontational.

"Particularly with the absence of direct diplomatic relations between the governments of the two countries, it's really important that we do have channels for ordinary people to be communicating, and to get around the political difficulties," he said.

The United States and Iran have had no diplomatic relations since 1980, shortly after students and Islamic militants stormed the U.S. Embassy in Tehran.

NIAC, a non-profit grassroots group, has long urged the U.S. government to ease restrictions on Iran that hurt ordinary citizens but do little to hinder the Iranian government's actions.

The U.S. government has said it always tries to sanction Iran without unduly harming ordinary Iranians, granting licenses, for example, to U.S. companies that want to export pharmaceuticals, medical devices, food and other humanitarian goods to the country.

"This action further demonstrates this administration's commitment to reinforcing ties between the Iranian and American people," the U.S. Treasury said in a statement on Tuesday.

Sports exchanges in particular have some history of encouraging warmer diplomatic ties. The most famous example is the "ping-pong diplomacy" between the United States and China in 1971, when U.S. table tennis players were the first American athletes to set foot in Beijing in more than two decades.

U.S. diplomats found rare common ground with the Islamic Republic earlier this year over keeping wrestling as a sport in the Olympics, and Iranian wrestlers had a friendly match with their U.S. counterparts in May at New York's Madison Square Garden.