US may want 'poison pill' demands in new NAFTA deal

Canada, Mexico vow to stay at table during fourth round of talks 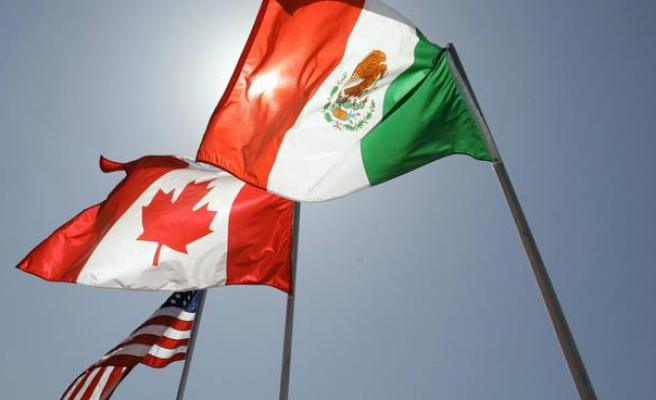 The U.S. will present as early as Friday auto sector changes in a new North American Free Trade Agreement (NAFTA) that could drive automakers to produce in Asia and pay tariffs to import the vehicles.

The U.S. wants North American content in vehicles to increase to 85 percent, up from 62.5 percent, and U.S. content to be 50 percent in the first year, according to media reports.

Industry analysts say the demands are a “poison pill” in NAFTA renegotiation talks.

The demands come even as Canadian Prime Minister Justin Trudeau, on his first official visit to Mexico, decried a global trend to protectionism.

“Isolation is taking hold in too many corners of the world, but our people must not succumb to fear,” Trudeau said, addressing Mexican Senate members Friday. “Our challenge lies in ensuring everyone benefits from economic growth.”

Trudeau also said he appreciated Mexico’s support in wanting to add a proviso on gender equality into a new NAFTA deal.

During the trip, Trudeau met with Mexican President Enrique Pena Nieto and the two leaders vowed not to walk out of the fourth round of NAFTA talks, currently underway in the U.S. state of Virginia, regardless of how hard line the American proposals are.

Trudeau said the three countries signing on to a renegotiated NAFTA holds benefits for all.

“A strong North America can only come from a strong Mexico, a strong Canada, and a strong United States,” he told the Mexican Senate. “We are partners – all of us. And even in the face of unpredictability and change, we must remember that.”

One industry representative who has seen the new U.S. demands on the auto sector told the Canadian Press the demands are so outlandish automakers may choose to build more cars at Asian facilities and simply pay any tariff to import the vehicles to North America.