US mayor rebuked for response to fire that killed 4 children 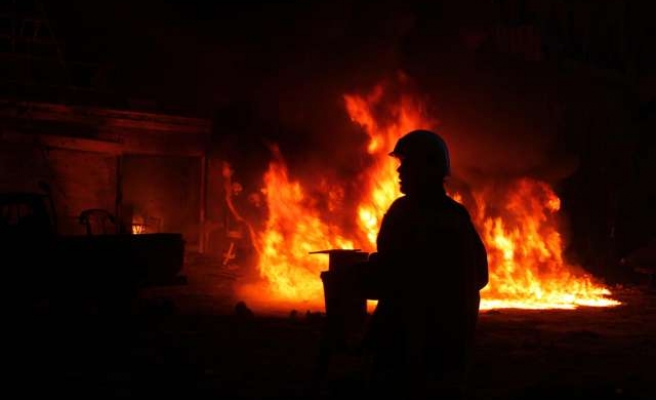 Relatives of least two of the four children killed in a weekend fire that destroyed eight homes in Philadelphia staged a sit-in at City Hall on Wednesday, demanding the mayor apologize for comments about the blaze they decried as insensitive.

Mayor Michael Nutter accused some in the mainly Liberian immigrant neighborhood of spreading misinformation when he was confronted by claims from community members that firefighters were slow or inept in responding to Saturday's blaze.

"I will not tolerate under any set of circumstances, incorrect information, allegations, innuendo or lies suggesting that members of the Philadelphia Fire Department did anything less than perform admirably in their service," Nutter told reporters on Monday.

Patrick Sanyeah, a Liberian native whose 4-year-old son and newborn infant were among the four children who perished, called the mayor's remarks disrespectful.

He was joined by about 20 relatives, all wearing T-shirts bearing images of the four victims, camped outside City Hall in a protest, flanked by dozens of police officers.

"We want (Nutter) to say, 'We know you are hurting, we are hurting too, but we'll do our best to conduct an investigation,'" Sanyeah said.

Killed along with Sanyeah's two children were 4-year-old twin sisters from another family of West African origin. More than 40 people were left homeless by the blaze, which gutted more than half of a city block in the city's southwest section.

Four people were arrested during a protest on Monday, after demonstrators laid down in front of the local fire station entrance, blocking fire trucks from exiting.

Defending the fire department, city officials have produced records showing the first firefighters arrived on the scene of the blaze within three minutes of receiving the initial call, shorlty before 3 a.m. local time.

Michael Resnick, the city's director of public safety, insisted on Wednesday that Nutter, who was away in Washington, D.C., for the day, does not owe anyone an apology.

"He said he stands with them, that the community's loss is our loss. I don't know what more he can say," Resnick said.