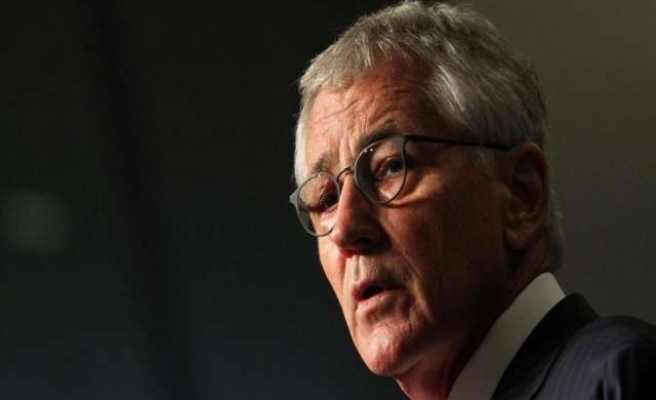 U.S. Defense Secretary Chuck Hagel said on Sunday the Pentagon will accelerate its mission to train Iraqi forces to combat ISIL militants, using troops already in Iraq to start the effort while funding is sought for a broader initiative.

Rear Admiral John Kirby, the Pentagon press secretary, said later about 50 special operations troops were at Ain al-Asad air base working to set up the training mission. The base was home to a major U.S. military presence during the 2003-11 Iraq war.

Obama also sought $5.6 billion in funding from Congress for the initiative, including $1.6 billion to train and equip Iraqi forces. Officials initially said the funding would have to be approved by Congress before the new effort could begin.

However, Reuters reported on Saturday that the U.S. military already had a team of troops at Ain al-Asad working on the mission in a faster-than-expected expansion of an operation that is central to its campaign against ISIL.

Hagel said Army General Lloyd Austin, the head of U.S. forces in the region, had recommended American troops start the training with some of the 1,600 personnel already in the country to advise the Iraqi military.

Kirby said about a dozen countries had made verbal commitments to help the training effort. Officials hoped that U.S. forces starting the mission would encourage foreign partners to move ahead as well.

"We agreed with General Austin's recommendations to take some of the special operations forces that he has in Iraq and give them some early missions with the Iraqi security forces in Anbar province just to kind of continue the mission, accelerate the mission," Hagel said.

"So yes, we're doing what we can with the resources we have to give some acceleration to that," he said.