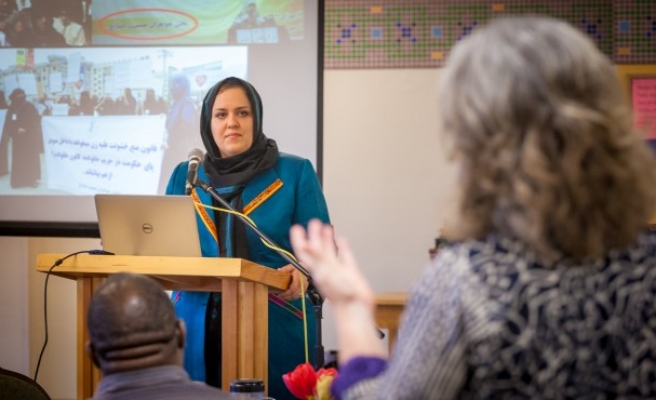 A new American Muslim group said Thursday that it wants to change Americans’ perceptions of Islam and Muslims by "proactively engaging" to reflect a "moderate version" of Islam.

Part of that moderate version was on display during the group’s launch at the National Press Club in Washington, D.C., where the American Muslim Institution created a decidedly secular environment where some female members gave up their head coverings, and an open buffet complete with available alcoholic drinks.

The group of thinkers and activists will follow an unconventional path for Muslims as they reach out to American political leaders in advocating a "more secular" Islam to fight discrimination against the Muslims.

Executive Director Mike Ghouse, said the organization’s efforts would be directed "towards justice and equality to attain peace for Americans with a firm grounding in commonly held values".

Ghouse would like to work with other groups in the U.S. to "make America a better and safer place for each", and he said he believes Islamic and American values are compatible and founded on common principles.

In order to find solutions to current and emerging problems that stems from misperceptions and misinformation about Islam and Muslims, organization president Islam Siddiqui said American Muslims need to speak up.

Muslims should tell U.S. decision makers, especially through the use of media, that the negative portrayal of Islam that is currently being put forward is not Islam, said Siddiqui.

Islamophobia and a false perception of Muslims and their faith has been a highly charged issue throughout the U.S. since the 9/11 terror attacks.

Earlier this week, 14-year-old Ahmed Mohamed was arrested after a teacher said she mistook his homemade clock for a bomb.