US Muslims 'feeling the Bern' in 2016 elections 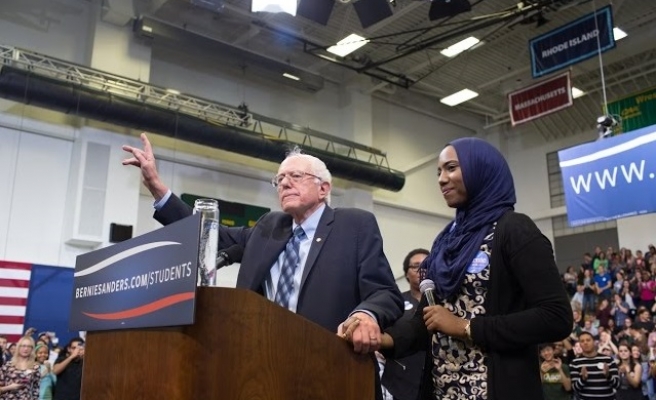 The American Muslims are apparently hoping for Bernie Sanders, the candidate for the Democratic nomination for President of the U.S. in the 2016 election, to win big across the country.

The "Muslim Americans for Bernie Sanders" organized grassroots-level outreach to encourage other Muslims to vote for their candidate.

"People are enthusiastic about it. They're real energized about it, they feel that, you know, we have a presidential candidate reaching out to our community, which has really been marginalized and ignored for such a long time," Amer Zahr, a member of "Muslim Americans for Bernie Sanders", said.

Bernie Sanders, on his part, has actively courted the Muslim vote, indicating that people should stand against any form of discrimination, including Islamophobia. Just ahead of his major win in Michigan primary, Sanders held a rally in Dearborn, a city which is home to a large number of American Muslims. His campaign even released radio spots and poster in Arabic, which read: "Not me, us!"