Madelyn Creedon, assistant secretary of defense for global strategic affairs, emphasized that no decision had been made to build an additional site for missile interceptors 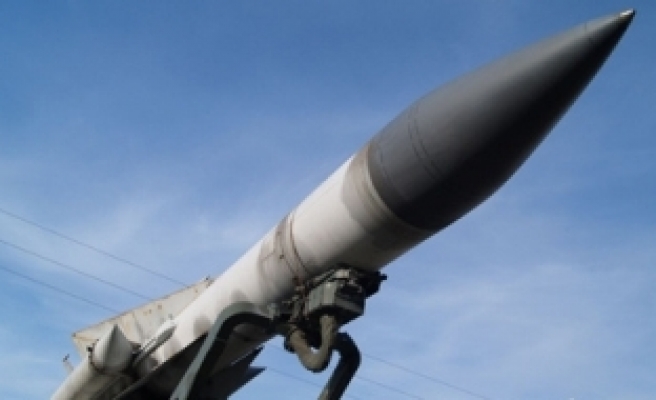 The Pentagon announced five possible missile defense sites in the eastern United States on Thursday, but said it was far from any decision about whether to proceed with what would be an "extraordinarily expensive" program expansion in an era of budget cuts.

Madelyn Creedon, assistant secretary of defense for global strategic affairs, emphasized that no decision had been made to build an additional site for missile interceptors, and there was no money in the Pentagon's future budget plans for such a site.

In fact, she said, U.S. military officials were concerned whether across-the-board budget cuts would jeopardize the Pentagon's plans to add interceptors to an existing Alaska site, a move announced by Defense Secretary Chuck Hagel after North Korea threatened to launch a nuclear attack against the United States.

"There's no money in the (future) budget ... for an East Coast missile site. We have no money for this," Creedon told Reuters in a telephone interview.

"When you look at the future and sequestration, we get very worried about whether or not we're even going to have enough money to do what we've decided to do," she said.

Current U.S. law calls for the Pentagon to cut its projected spending by $500 billion over the next decade, on top of $487 billion in cuts already planned for roughly the same period.

Creedon said building an additional interceptor site would be "extraordinarily expensive," but detailed estimates would not be known until a specific site was chosen.

Missile defense experts say it would cost well over $1 billion, and possibly as much as $5 billion to build an additional site.

Boeing Co manages the Pentagon's existing program to deal with long-range missile threats, while Raytheon Co and Orbital Sciences Corp build the interceptors and rockets. It is not yet known which contractors would be involved in construction of any new site.

Creedon did not comment directly when asked if sequestration budget cuts would force the Pentagon to scale back its plan to add 14 interceptors to the current site in Fort Greely, Alaska, a projected estimated to cost around $1 billion. She said only that sequestration was "a huge problem across the department."

Senior U.S. defense officials said they remained confident that the United States was already well protected against possible missile attacks from North Korea by the two existing missile interceptor sites, one in California and that in Alaska, where the Pentagon plans to add 14 more interceptors by 2017.

The naming of the possible new sites on the East Coast comes as a result of pressure from Congress, which has been concerned about the ability of the West Coast sites to protect against all possible missile threats, especially if Iran develops the capability to launch intercontinental ballistic missiles.

Lawmakers added a measure to the 2013 defense authorization law requiring the Pentagon to identify three possible places for an additional interceptor site, including at least two on the East Coast.

Pentagon officials say an additional site is not needed, although Vice Admiral James Syring, director of the Missile Defense Agency, said a site in the eastern United States "would help with Iran."

Creedon said the Pentagon was complying with the law despite its reservations, and had spent the past months using publicly available data to whittle down a list of 450 federally owned sites, first to 10, and now to five.

All of the sites are on federal land, operated by the Defense Department, the National Guard, or both, officials said.

Creedon said the department hoped to meet the congressionally mandated deadline of Dec. 31 for deciding which of the five sites would be included in a more comprehensive environmental impact study expected to take 18-24 months.

She said the discussion about whether to proceed with an additional missile defense site would not kick off in earnest for about two years - after the environmental study was done.