The non-lethal assistance has included hundreds of thousands of food rations and over three tons of medical supplies... 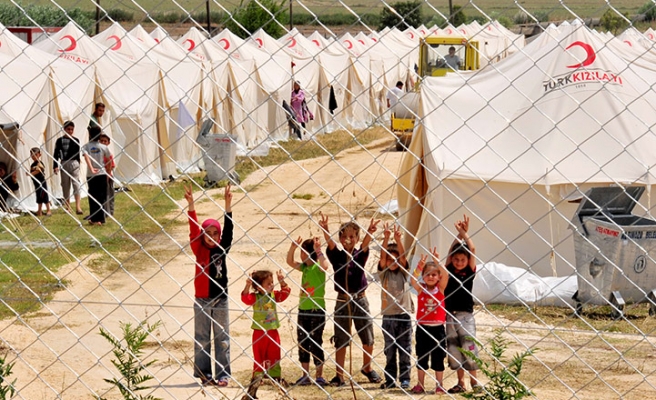 Some "non-lethal" U.S. aid such as food and medicine is still getting through to areas controlled by Syrian rebels despite the recent closing of an important border crossing in the North of the country, the State Department said on Monday.

The crossing had been a lifeline for rebel-held northern areas, allowing refugees out and supplies in, including supplies like medicine and food from the United States for the Western-backed Free Syrian Army.

"Despite the dynamic situation at the Turkish-Syrian border, it is important to note that various types of U.S. assistance are still getting into Syria with the assistance of moderate opposition members and trusted activists," a State Department official said in email to Reuters.

"To ensure the safety of our partners risking their lives daily to facilitate the delivery of our non-lethal assistance, we cannot go into additional details," the official said, asking not to be named.

U.S. Ambassador to Syria Robert Ford promised an increase in U.S. aid to the Syrian opposition during a meeting over the weekend in Istanbul with Free Syrian Army commander General Salim Idriss, a statement from the FSA's Supreme Military Council said.

But the State Department official said Monday that while Ford had referred to an increase in U.S. non-lethal aid, this increase would be part of the $250 million commitment that the United States already announced earlier this year.

Some $167 million of this amount has either been distributed or is "in train," providing non-lethal assistance to the rebels as well as training and equipment for civil society groups and support for public security, the State Department official said.

The non-lethal assistance has included hundreds of thousands of food rations and over three tons of medical supplies, a State Department statement said last month.

A Syrian rebel spokesman said last month that the United States also had begun distributing some lethal aid to the Western-backed rebels. U.S. officials have declined to discuss this aid publicly but it is thought to include small arms and ammunition.

Rebel divisions have hurt their fight against President Bashar al-Assad's better equipped and organized forces in the 2-1/2-year-old conflict.

Just over a month ago, the Assad government faced the possibility of military action by the United States, but the threat was averted by a deal to eliminate the country's chemical weapons. An international mission has begun its work overseeing the stockpile's elimination.