Obama will use a speech on Wednesday to make his case for launching a United States-led offensive against Sunni militants, but New York Times report warns of a long fight 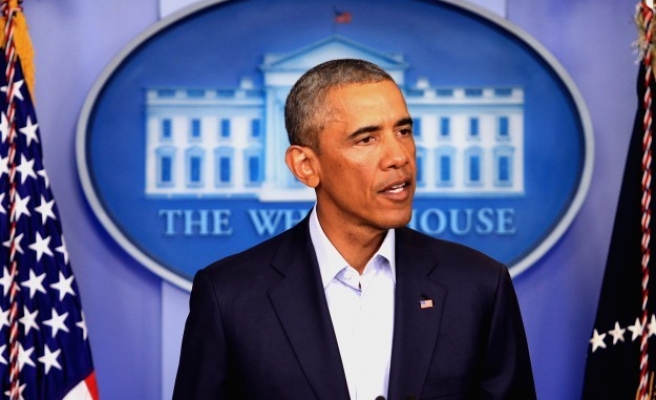 The Obama administration is preparing to carry out a campaign against the ISIL in Iraq and Syria that may take three years to complete, requiring a sustained effort that could last until after President Obama has left office, according to senior administration officials, according to New York Times report.

The first phase, an air campaign with nearly 145 airstrikes in the past month, is already underway to protect ethnic and religious minorities and American diplomatic, intelligence and military personnel, and their facilities, as well as to begin rolling back ISIS gains in northern and western Iraq.

The next phase, which would begin sometime after Iraq forms a more inclusive government, scheduled this week, is expected to involve an intensified effort to train, advise or equip the Iraqi military, Kurdish fighters and possibly members of Sunni tribes.

According to the report, the final, toughest and most politically controversial phase of the operation — destroying the rebel army in its sanctuary inside Syria — might not be completed until the next administration. Indeed, some Pentagon planners envision a military campaign lasting at least 36 months.

The paper says, unlike American counterterrorism operations in Yemen and Pakistan, the operation against ISIL is not expected to be limited to drone strikes against militant leaders. Unlike the war in Afghanistan, it will not include the use of ground troops, which Mr. Obama has ruled out.

Unlike the Kosovo war that President Bill Clinton and NATO nations waged in 1999, it will not be compressed into an intensive 78-day tactical and strategic air campaign. And unlike during the air campaign that toppled the Libyan leader, Col. Muammar el-Qaddafi, in 2011, the Obama administration is no longer “leading from behind,” but plans to play the central role in building a coalition to counter ISIS.

Antony J. Blinken, Mr. Obama’s deputy national security adviser, has suggested that the United States is undertaking a prolonged mission. “It’s going to take time, and it will probably go beyond even this administration to get to the point of defeat,” Mr. Blinken said last week on CNN.

Although details of how the emerging coalition would counter ISIL remain undecided, several American officials said that they believe the list of allies so far includes Jordan, offering intelligence help, and Saudi Arabia, which has influence with Sunni tribes in Iraq and Syria and which has been funding moderate Syrian rebels.

The United Arab Emirates, officials said, has also indicated a willingness to consider airstrikes in Iraq. Germany has said it would send arms to pesh merga fighters in Kurdistan. And rising concern over foreign fighters returning home from Syria and Iraq may also have spurred Australia, Britain, Denmark and France to join the alliance.

Administration officials acknowledged, however, that getting those same countries to agree to airstrikes in Syria was proving harder.

“Everybody is on board Iraq,” an administration official told the New York Times, speaking on condition of anonymity because the policy is still being developed. “But when it comes to Syria, there’s more concern” about where airstrikes could lead. The official nonetheless expressed confidence that the countries would eventually come around to taking the fight into Syria, in part, he said, because “there’s really no other alternative.”

The talks between Mr. Hagel and the Turkish leadership may be crucial in determining whether the United States will be able to count on Ankara on a number of fronts, including closing the Turkish border to foreign fighters who have been using Turkey as a transit point from which to go to Syria and Iraq to join militant organizations and allowing the American military to carry out operations from bases in Turkey.

But Turkish officials have been wary of attracting notice from ISIL, given that the group holds the fate of 49 kidnapped Turkish diplomats in its hands. In June, Sunni militants with ISIS stormed the Turkish Consulate in Mosul, Iraq, kidnapping the consul general and other members of his staff, and their families, including three children.