U.S. officials predict a return of avian flu in the fall

The Avian flu is predicted to make a comeback in the fall, which is likely to make an impact on the economy and agriculture. 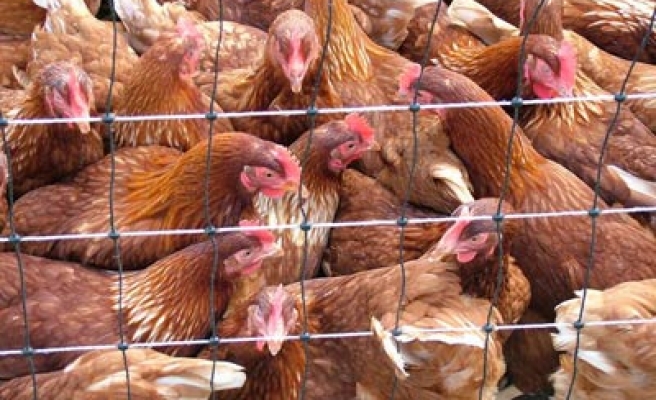 U.S. agriculture officials say it is "highly probable" that the virulent avian flu viruses that have hit U.S. poultry operations hard in recent weeks will return next fall when wild bird populations migrate south, potentially spreading the viruses into new regions of the country.

Officials with the U.S. Department of Agriculture's Animal and Plant Health Inspection Service (APHIS) told Reuters the H5N2 virus - along with two other highly pathogenic strains of bird flu - will likely be passed among birds at breeding grounds in the northern United States and Canada through the summer.

When the weather turns cool in the fall, higher numbers of infected wild birds are expected to move the viruses south again. The strains are difficult to control, say scientists, in part because wild birds - especially ducks - can carry the viruses without appearing to be sick.

The USDA statement marks a shift in tone in the agency's assessment of the likelihood for a renewed outbreak tied to fall migration. More than 15 million commercial birds nationwide have died or are expected to be killed in the current outbreak, and exports of U.S. poultry and eggs have slowed sharply.

A key concern has been whether the viruses will become endemic in the nation's wild bird population, eventually spreading them to the East Coast and down into the heart of the nation's chicken broiler production states in the South and Southeast.

What impact the virus might have on chicken farms in the South is not known. But the nation's poultry industry, which is taking an economic hit from the rapidly escalating outbreak, is extremely alarmed at the prospect of wider exposure.

One turkey processing plant in Willmar, Minnesota, has reduced its operations to four days a week because "they don't have enough birds," U.S. Rep Collin Peterson, a Democrat from Minnesota, told reporters on Tuesday. Other Midwestern poultry producers are uncertain whether their farms will survive outbreaks of the flu because of production losses, Peterson said.

"Folks on the East Coast better be paying attention," said Peterson, whose state has seen more farms infected with avian flu than any other.

The outbreak's reach expanded to 14 states on Tuesday, when APHIS reported that highly pathogenic H5N2 was identified in two wild birds in Kentucky.

This virus swapped genes with North American influenza viruses to create the new H5N2 virus, which has been responsible for the slaughter of millions of chickens and turkeys in the Midwest. It also spawned a new version of H5N1, a distant cousin of the deadly Asian bird flu virus.