ConocoPhillips and Hess forecast production of more oil next year, while keeping their budgets flat 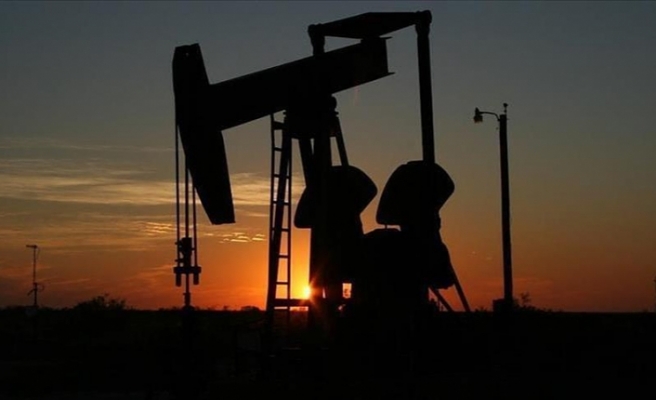 Two U.S. major oil companies, ConocoPhillips and Hess Corporation, increased their oil production outlook for next year from 2018, despite keeping their capital expenditure budget unchanged year-over-year, according to data compiled by Anadolu Agency on Wednesday.

ConocoPhillips, the world's largest independent exploration and production company based on production and proved reserves, said Monday in a statement that it expects to produce 1.3 to 1.35 million barrels of oil equivalent per day (boed) in 2019.

The company said in July its full-year production guidance for 2018 was between 1.22 and 1.25 million boed, or between 6.5 percent and 8 percent lower than its production outlook for 2019.

The firm kept its capital expenditure budget unchanged at around $6.1 billion, compared to last year, and said it would have a cash flow provide the price of American benchmark West Texas Intermediate (WTI) stays above $40 per barrel.

Chairman and CEO Ryan Lance said in a statement that the firm is keeping its focus on "early-stage investments in attractive opportunities that can add low cost of supply inventory and drive sustained future returns."

Another major American energy company Hess Corporation said Monday its oil production for 2019 is estimated to average between 270,000 and 280,000 boed.

The company's capital and exploratory budget was also kept unchanged at $2.9 billion from last year.

Hess CEO John Hess said in a statement that the company would focus spending on its high return investment opportunities, and reduce its costs to improve profitability.

In addition ConocoPhillips and Hess Corporation, the U.S.' second biggest energy firm Chevron said last week it would increase its budget for the first time in four years.

The company said on Dec. 6 in a statement that it increased its capital and exploratory spending program for 2019 to $20 billion.

"Our investments are anchored in high-return short-cycle projects, with more than two-thirds of spend projected to realize cash flow within two years," Chairman and CEO Michael K. Wirth said in the statement.

The firm announced in December 2017 that it had a capital and exploratory spending program of $18.3 billion for 2018.

While Chevron had a capital budget of $19.8 billion for 2017, the last time the company's budget stretched to over $20 billion was in 2015 with $35 billion, according to its statements.