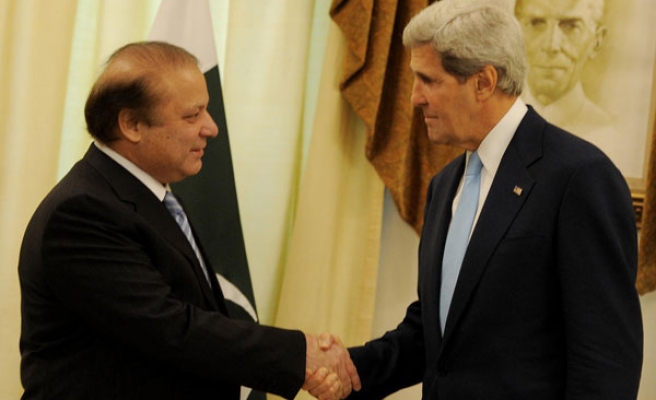 US Secretary of State John Kerry, currently in Pakistan on a formal visit, Thursday announced resumption of the strategic dialogue between the two countries.

Kerry has been conducting three-day formal visit to Islamabad to resume the dialogue between the two states which was strained because of US drone strikes on Pakistani soil that killed Osama bin Laden in 2011 and 24 Pakistani soldiers.

Kerry, received by Pakistani Prime Minister Nawaz Sharif, said, "We are here to speak honestly with each other, openly about any gaps that may exist that we want to try to bridge."

Kerry is expected to discuss energy aid to Pakistan, struggle with terrorism, regional stability, economic reforms, trade and mutual investments, and two countries are scheduled to sign an agreement in six months for the new chapter in their strategic dialogue.

Besides the killing of bin Laden in a Pakistani town by US Navy Seals in 2011, bilateral ties have also been severely strained by Pakistan's support for Taliban insurgents fighting Western troops in Afghanistan as well as a NATO air attack in which 24 Pakistani soldiers were killed.