The supply route deal removed one headache, but ties are likely to remain strained by other difference 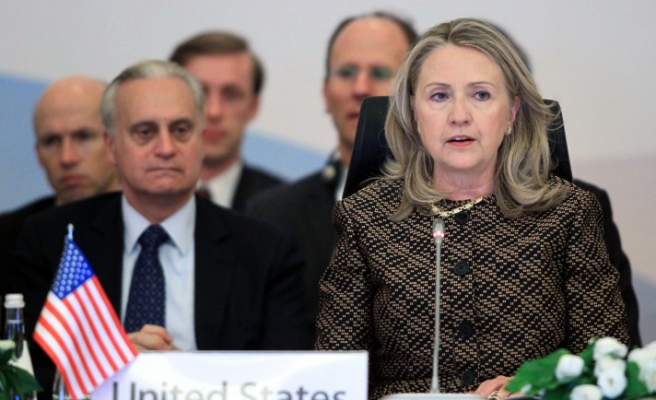 The U.S.-Pakistani relationship remains challenging for both despite the reopening of Pakistani land routes to resupply U.S. troops in Afghanistan, U.S. Secretary of State Hillary Clinton said on Sunday.

Clinton last week apologised for a November NATO air strike that killed 24 Pakistani soldiers and Islamabad responded by reopening the overland supply routes that are crucial to the U.S-led war in Afghanistan.

The supply route deal removed one headache, but ties are likely to remain strained by other differences. These include Pakistan's opposition to U.S. drone strikes aimed at militants on its territory and Washington's allegations that Islamabad condones, or even assists, anti-American fighters.

Speaking after she met Pakistan Foreign Minister Hina Rabbani Khar, Clinton said both were encouraged they had "put the recent difficulties behind us" but she acknowledged the difficulties in the relationship in blunt terms.

"I have said many times that this is a challenging but essential relationship. It remains so. And I have no reason to believe it will not continue to raise hard questions for us both," Clinton told a news conference in Tokyo, where both officials attended an Afghan donors conference.

Clinton said that the top issue she discussed with Khar was "the necessity of defeating the terror networks that threaten the stability of both Pakistan and Afghanistan as well as interests of the United States" and its allies.

U.S. officials regarded the supply routes as particularly important as the United States and its NATO partners plan to withdraw the bulk of the 128,000 soldiers they have deployed in Afghanistan by the end of 2014.

After their bilateral talks, Clinton and Khar both met Afghan Foreign Minister Zalmay Rasul, laughing as they staged a three-way handshake for photographers.

The three issued a statement that emphasised their desire for reconciliation between Taliban and the Afghan government.