US pastor appeals to top Turkish court to end arrest 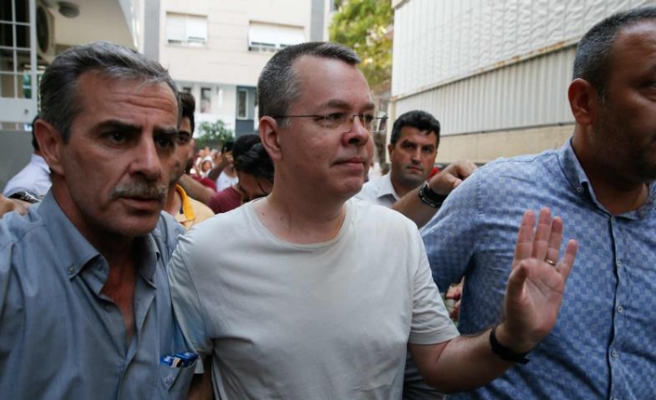 Lawyers for an American pastor charged with links to terrorism on Wednesday petitioned Turkey's highest court for his release, according to judicial sources.

Ismail Cem Halavurt, the lawyer for pastor Andrew Brunson, applied to Turkey’s Constitutional Court after being rejected by high criminal courts in the Aegean Izmir province, said the source, who asked not to be named due to restrictions on speaking to the media.

Brunson's charges include spying for the PKK -- listed as a terrorist group by both the U.S. and Turkey -- and the Fetullah Terrorist Organization (FETO), the group behind the defeated coup attempt in Turkey of July 2016.

Turkey and the U.S. have faced rocky relations following Washington’s imposition of sanctions over Brunson's detention.

Political tensions between the two countries sparked worries in the markets after U.S. President Donald Trump threatened to use economic pressure to secure Brunson's release.