U.S. plays down tension with China

U.S. Army Chief of Staff General Ray Odierno said that he had had "frank, honest and important" talks with his Chinese counterparts on establishing deeper dialogue between the two armies. 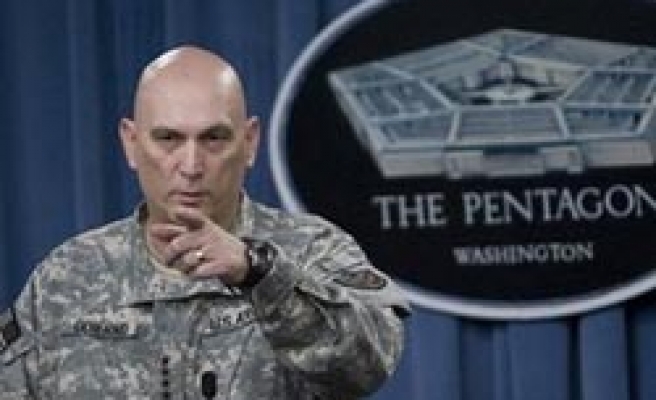 The United States is optimistic about military exchanges with China and wants deeper ties to help reduce the risk of miscalculation, a top U.S. military officer said on Saturday, playing down tension between the world's two biggest economies.

U.S. Army Chief of Staff General Ray Odierno told reporters in Beijing that he had had "frank, honest and important" talks with his Chinese counterparts on establishing deeper dialogue between the two armies.

"This is really about expanding cooperation, and, frankly, managing competition. We want to expand our cooperation at a very high level, deepen our cooperation in areas of mutual interest and then manage our differences constructively," Odierno said.

"I believe we have lots in common, with not only the Chinese government but the Chinese military. It's important for us that we emphasize engagement, dialogue and understanding and build trust between our militaries.

China and the United States have numerous diplomatic disagreements in the region, including China's moves to assert sovereignty in the South and East China Sea and U.S. support for self-ruled Taiwan, claimed by Beijing as a wayward province.

"Those are all issues that we've been working through for a long time and will continue to work through," Odierno said.

The Chinese and U.S. militaries have faced off on several occasions in recent years, raising the fear of an unintended clash because of a lack of proper communication channels between the two sides.

In December, a U.S. guided missile cruiser operating in international waters in the South China Sea was forced to take evasive action to avoid a collision with a Chinese warship manoeuvring nearby.

"Building a relationship where you can pick up the phone and call your counterpart, having the ability to build confidence in each other where you've dealt with each other on several occasions really helps to mitigate potential miscalculation and problems," Odierno said.

The Pentagon on Thursday played down remarks by a senior U.S. Navy intelligence officer who told a public forum that he believed China was training its forces to be capable of carrying out a "short, sharp" war with Japan in the East China Sea.

Asked about the officer's comments, Odierno said: "I've seen no indications of that at all."

While the East China Sea and China's increasingly bitter dispute with Japan over ownership of a group of uninhabited islands there was not a major feature of his talks, Odierno said he emphasised the importance of dialogue.

"We reinforced the importance of dialogue and discussion between the Japanese and the Chinese regarding this issue," he added.

Odierno said he expected more progress to be made on boosting military-to-military relations when U.S. Defense Secretary Chuck Hagel visits China in April.

"There's plenty of leeway for us to develop a strong, long-term relationship," he said.

Odierno did not bring up, and was not asked about, a meeting in Washington on Friday between President Barack Obama and the Dalai Lama, which China condemned as interference in its internal affairs.