US police kill unarmed woman in front of her child

Chaos breaks out near Capitol Hill in the US capital Washington D.C. has police shoot an unarmed 34-year-old woman for driving past the barricades. 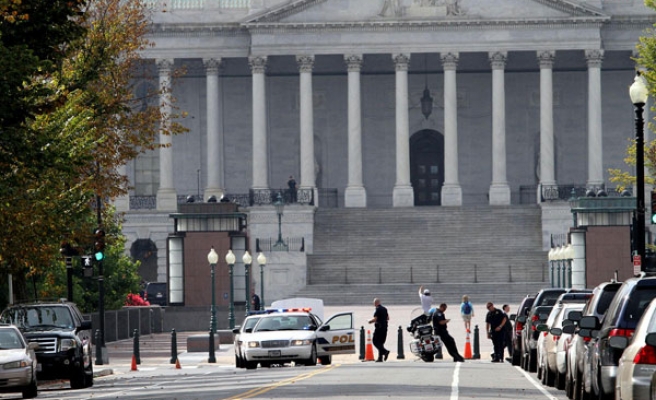 A 34-year-old dental hygienist has been shot dead just outside the White House in Washington D.C. following a police chase. The victim, Miriam Carey, was killed after driving through the barricades in front of her one-year-old daughter who was sitting in the back. The child got out unharmed.

In incident has sent shockwaves across the nation, which is already in crisis after the US government declared the first shutdown in 17 years as a result of a stalemate between the Democrats and Republicans during negotiations over a new budget.

On receiving the news her sister made an emotional statement. “She wouldn’t be in D.C. She was just in Connecticut two days ago, I spoke to her… I don’t know what’s happening. I can’t answer any more,” her sister Amy told reporters.

According to an official statement by D.C. Police Chief Cathy L. Lanier, the incident was not an accident and was the outcome of a lengthy pursuit.

However, those who knew Miriam well described her as a very calm person, a good driver and someone who “was not one to even talk about politics.”

Her best friend Angela Windley was left bewildered, asking “I would have pulled over, stopped. Why wouldn’t she? Why would she have done this? Why? And why with her daughter in the car? Why would she do something like that?”

Many Americans would be asking themselves the same question as everyone tries to figure out why an unarmed woman would take such a risk with her child in her backseat.

Witnesses recalled hearing around 12 shots before the chase came to an end.