Ferguson residents were prevented from blocking a nearby highway as they continued to protest against the murder of Michael Brown. 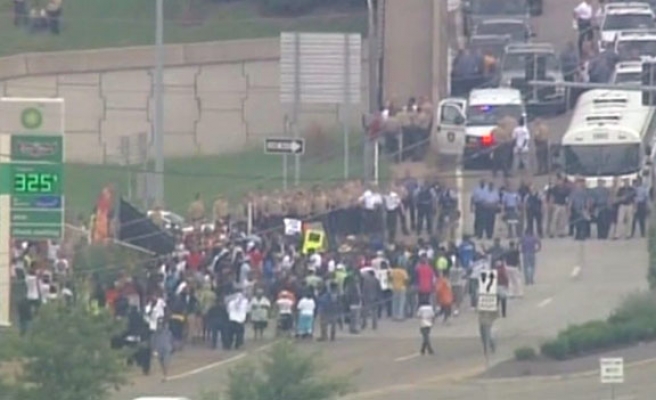 After almost two weeks of calm, protesters returned to the streets of Ferguson, Missouri, to demonstrate against heavy-handed tactics used by the US police force.

However, police stopped an attempt by the protesters to block the nearby Interstate 70 highway, arresting 36 people in the process, the BBC reported.

The protest came after Ferguson residents heckled city leaders during a council meeting on Tuesday, calling on Mayor James Knowles to step down.

Ferguson's mainly African-American community have been angered by the murder of 18-year-old Michael Brown, a black teenager who was shot dead by white police officer Darren Wilson on August 9.

The incident brought to light the issue of police brutality in the US, which particularly targets the African-American community.

During the weeks of protesting against police brutality in Ferguson, the media caught incidents of further heavy-handed tactics used by security forces, including the calling in of the National Guard.

Many journalists also reported being harrassed and arrested by police officers while trying to cover the events.

One amatuer cameraman also caught the shooting dead of another black resident by police in Ferguson just days after the original incident.

The video, which was shared on social media, shows police officers handcuffing the body of the victim after he had already been shot dead.