US politicians call for Fox News host to resign over slur 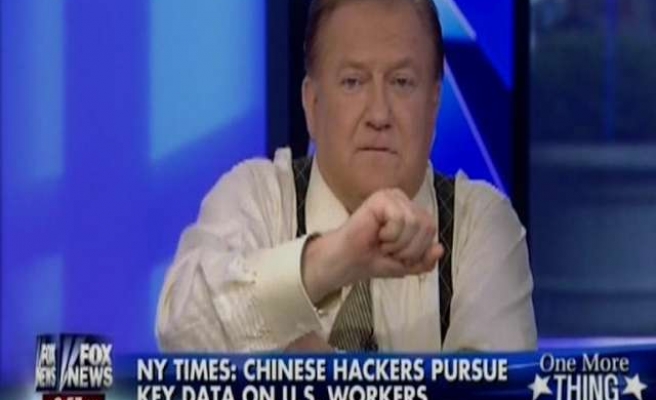 Two California politicians have called for a host of Fox News Channel's "The Five" program to resign over his use of racially charged language, saying Bob Beckel's use of the term "Chinamen" was offensive.

The pundit is facing criticism for using the word on air last week as well as for suggesting Chinese computer science students come to study in the United States only to pose a security threat.

Beckel responded to the backlash from his comments by saying on a Monday evening episode of "The Five" that he was sorry he had "apparently offended some people," but that he was not sorry for the remarks he made about China.

"I will continue to warn the American people about how dangerous China is to the U.S. security and to our business community," Beckel said. "To those who were offended, I am sorry. I do not apologize to the Chinese government or for their habits or for their murders."

Fox News Channel said it had nothing further to add beyond Beckel's comments on the show on Monday.

On Monday morning, Judy Chu, a Democratic U.S. representative from California, said she was deeply offended and that Beckel should go immediately.

"He condemns an entire ethnic group as being threats to national security and uses racial slurs while doing so," Chu said in a statement. "The implications go far beyond the Chinese community by promoting a culture of intolerance that has no place in our society."

Earlier, a California state senator called on Beckel to resign. Ted Lieu, who represents suburban Los Angeles and is running for the U.S. House of Representatives as a Democrat, called himself "one of those 'Chinamen' with 'Oriental' eyes" who immigrated to the United States and majored in computer science.

"I also served on active duty in the United States Air Force and continue to serve my country in the Reserves," Lieu said on Saturday. "Mr. Beckel's comments are more than just racist and stupid. His ignorant views are dangerous."

On Thursday's episode of "The Five," Beckel also told his co-hosts that Americans should be worried about Chinese people because "there's billions of them. All they do is hack into our stuff. They send us cheap toys, all of which have lead in them so they kill the kids."