US 'positive' to Turkish Cyprus proposal over Greek gas row

The United States said on Wednesday that it wanted to see Cyprus' resources shared between the two communities living in the island. 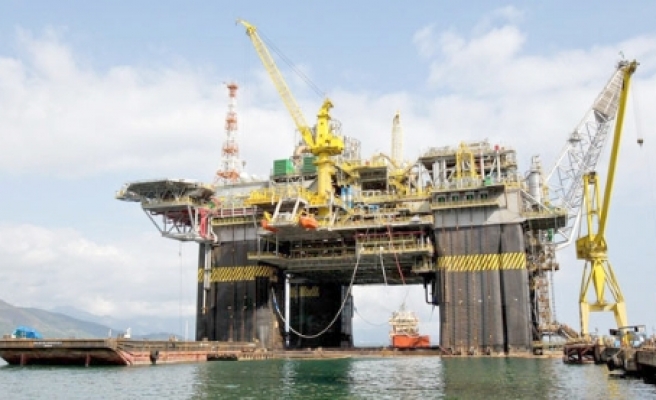 The United States said on Wednesday that it wanted to see Cyprus' resources shared between the two communities living in the island.

Victoria Nuland, the spokesperson for the U.S. Department of State, said the United States wanted to see Cyprus' resources shared between the two communities.

"We are interested in this proposal for UN mediation of revenue-sharing (a proposal of President Dervis Eroglu of the Turkish Republic of Northern Cyprus). Overall, though, we would like to see a de-escalation of rhetoric and tension so that the UN process can move forward in a good environment," Nuland told a daily press briefing.

Nuland said the United States continued to support the UN-led mediation on Cyprus and it discouraged any rhetoric or action that could negatively affect a peaceful settlement.

"I would note that there has recently been a request for the UN to engage in some sort of mediation on a revenue-sharing agreement for natural gas developed off of Cyprus, and we understand that the UN is considering that request, and we would consider that it would be quite constructive if the two communities could begin to work on deescalating tensions in a way similar to that," Nuland said.

Nuland also said, "we want to see a peaceful settlement of this issue under UN mediation. We want to see the island's resources shared between the communities. We are interested in this proposal for UN mediation of revenue-sharing. Overall, though, we would like to see a de-escalation of rhetoric and tension so that the UN process can move forward in a good environment.

The spokesperson said the United States would support some sort of mediation, but its fundamental issue was that they needed a resolution of these longstanding Cyprus issues under the UN's auspices.

Responding to a question if there was a difference between the perspectives of the United States and the EU on oil exploration initiatives, Nuland said, "I think if there is a dispute reconciliation resolution mechanism that could be agreed on by all concerned parties, that would ensure that the communities were able to share the resources. That would be something that we would be supportive of. But again, we're pleased to see that people are talking about resolving this dispute peacefully, deescalating the rhetoric, and more generally, putting our energy into supporting the UN process for Cyprus reconciliation."

On September 21, Turkish Premier Recep Tayyip Erdogan and President Dervis Eroglu of the Turkish Republic of Northern Cyprus (TRNC) signed in New York an agreement on the delineation of the continental shelf between two countries in the East Mediterranean.