US prepares to sail warship in Black Sea 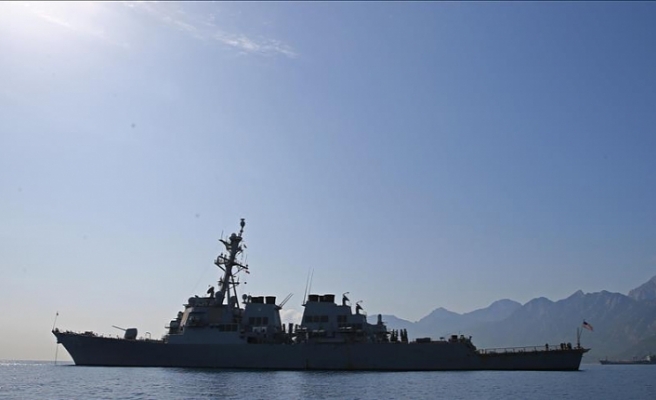 The U.S. has begun preparations to sail a Navy warship into the Black Sea amid heightened tensions over Russia's seizure of Ukrainian ships and sailors.

The U.S. is required to notify the country under the terms of the 1936 Montreux Convention, which governs the movement of military ships through the strategic Bosphorus and Dardanelles waterways which connect the Mediterranean to the Black Sea.

The officials CNN spoke to said the plans to possibly sail a warship into the Black Sea are in response to Russia's actions.

Russia seized two Ukrainian navy ships and a navy tugboat along with 24 crew members off Crimea in late November, accusing the vessels of entering its waters and provoking a conflict.

The action has further strained ties between Moscow and Kiev.

In a tit-for-tat, Ukrainian President Petro Poroshenko has forbidden Russian male citizens aged 16 to 60 from entering the country.

Russia and Ukraine have been at loggerheads since 2014, when Russia annexed the Crimean Peninsula following a controversial referendum.

The international community views the annexation as illegal and the election Russia uses to justify it as illegitimate.