AIPAC is looking past these talks and weighing how to respond to the outcome amid a changing political environment in Washington. 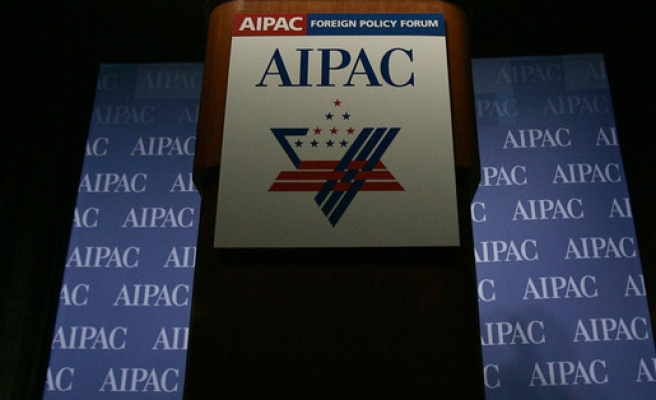 As the United States and other powers negotiate down to the wire on a nuclear deal with Iran, one voice has been unusually quiet - the main pro-Israel lobby in Washington.

Israel deeply distrusts the attempt to reach a deal at talks in Vienna that would lift harsh international sanctions on Iran in return for limits to its nuclear program, aimed at preventing it from developing an atomic bomb.

But its staunchest U.S. supporters, represented by the powerful American Israel Public Affairs Committee, or AIPAC, lobbying group, have been holding back. They failed earlier this year in a full-scale push for further sanctions that the White House said would have derailed the talks.

With growing signs that Monday's deadline for an Iran deal may be extended, AIPAC is looking past these talks and weighing how to respond to the outcome amid a changing political environment in Washington.

"There's nothing to lobby for ... until we see what's addressed in Vienna," said a source close to AIPAC. "But after that, the question is whether you'll see an intense push to engage with Congress. It could be the lull before the storm."

A Republican sweep in this month's U.S. congressional elections has already spurred new threats from hawkish lawmakers to seek further sanctions against Iran.

AIPAC is likely to find the Republican-led Congress that takes office in January more receptive to tougher measures against Tehran and President Barack Obama less likely to have the votes to sustain a veto against fresh sanctions.

In February, Obama was able to block a campaign backed by AIPAC to get Congress to impose new sanctions, marking the group's biggest political defeat in years.

AIPAC, which has about 100,000 members, is widely credited with helping to ensure that Israel remains a top recipient of U.S. foreign aid and is accustomed to seeing most congressional measures it favors pass almost unopposed.

This summer it helped engineer a $225 million funding increase for Israel's Iron Dome defense system to protect against Hamas cross-border rocket fire in the Gaza war.

But the group has kept its army of lobbyists largely on the sidelines during the current Iran talks, a dramatic shift from other times, when it blanketed Congress.

At the same time, the government of Israeli Prime Minister Benjamin Netanyahu has toned down once-vociferous criticism of Obama's handling of Iran diplomacy, though it remains bitterly opposed to any concessions that would not strip Tehran of all uranium enrichment capability.

The low-key approach may reflect a desire to avoid further antagonizing the U.S. government, Israel's most important ally, at a time of strained relations.

AIPAC is also struggling with internal divisions over what some critics see as a tilt toward the Republican party by the group, which could jeopardize its bipartisan principles.

An AIPAC source dismissed this concern, saying: "Everything we do, we approach in a bipartisan fashion."

If Washington agrees to another extension with Iran, AIPAC and Israel's friends in Congress will face a decision whether to give diplomacy more time or seek new sanctions. Obama has previously insisted that more sanctions would antagonize Iran and collapse the negotiations.

When the talks were extended in July, AIPAC said the United States should "make clear that Iran can expect no further extension." But officials close to the talks said a new deadline could be set, perhaps in March.

AIPAC has not said how it would respond, but a pro-Israel source said the group's earlier concerns, principally that Iran is trying to buy time for its nuclear advances, "would still apply, even more so."

Even as it has held fire, AIPAC has maintained lines of communication with lawmakers and the administration on the negotiations.

The West and Israel accuse Tehran of seeking to develop a nuclear weapon, which it denies. Israel, which sees development of an Iranian bomb as an existential threat, is believed to be the Middle East's only nuclear-armed state.

Like AIPAC, Israeli officials have kept a lower-than-usual profile in Washington during the recent talks, possibly seeking to avoid the impression of meddling in U.S. affairs.

"We are not doing any lobbying at this time," Israeli Strategic Affairs Minister Yuval Steinitz told Reuters in Jerusalem.