US reassures commitment to Turkey 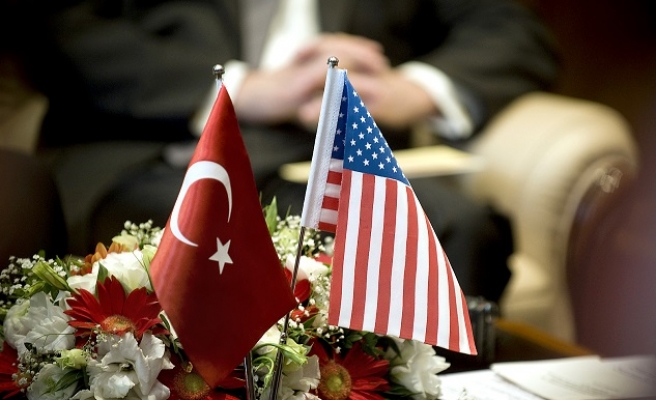 America’s commitment to its alliance with Turkey should not be questioned, a US spokesman said Wednesday, amid a dispute between the two countries about the designation of the terrorist PKK's Syrian affiliate, the PYD.

"Turkey's a NATO ally, a strong partner within the anti-ISIL coalition and we appreciate their support," said State Department spokesman Mark Toner.

"We coordinate closely with them across a variety of fronts and all lines of effort ... we're going to continue those discussions [on PYD] moving forward but I think no one should question our commitment to our alliance with Turkey."

The U.S. takes Turkey's concerns about the PYD "very serious" and is in "constant" communication with the Turkish government to address those concerns, but adding also that both countries also "disagree on the YPG," he said, referring to the military wing of the PYD which is the Syrian branch of the PKK.

He added that the U.S. believes the YPG was focused on fighting ISIL in Syria and was an "affective fighting force" on the ground, much like the Syrian-Arab communities or Syrian-Turkmen communities in the region.

Toner's comments follow public airing of differences on opinions between the U.S. and Turkey after Turkish President Recep Tayyip Erdogan voiced last weekend concerns about U.S. support for the YPG.

The difference in perspectives caused tension surrounding the Geneva peace talks in January when the question was unsettled of whether to invite the PYD to the negotiations.

After strong opposition by the Turkish government, UN Special Envoy for Syria Staffan de Mistura decided to leave the PYD out of the meetings.

While the negotiations continued in Geneva without the PYD, U.S. Deputy Secretary of State Tony Blinken spoke with PYD leadership about "continued cooperation in the fight against ISIL in northern Syria".

One day later, de Mistura announced that the talks were suspended and would continue in late February.

Later this week, the International Syria Support Group, including Russia, which is seeking to find a diplomatic solution in Syrian, will meet at a security conference in Munich where they will look for ways to achieve an immediate cease-fire.

Toner said Secretary of State John Kerry and Russian Foreign Minister Sergey Lavrov have had multiple conversations in the past week and that the U.S. has expressed its concerns about the recent Russia-backed Syrian government's bombings in Aleppo.

More than 1,730 civilians have been killed since Russia began airstrikes against opposition forces in September, according to the Syrian National Coalition, a coalition of opposition groups in the civil war.

Asked about the U.S.’s on the UN plea for Turkey to open its border to more Syrians, Toner praised Turkey for its efforts in relieving the suffering of refugees fleeing the war-torn country.

"Turkey, first of all, has been remarkably generous in responding to what is a terrific crisis, with refugees pouring over the border into its sovereign territory," he said, adding that the U.S. appreciated Turkey's support and hospitality to these refugees.

"We would hope that Turkey would continue to offer the same level of hospitality and support for these refugees."

In response to the UN, Turkish Prime Minister Ahmet Davutoglu said his country was already aiding the displaced and would open its border as it deemed necessary.