The announcement came at the start of a visit to Washington by a Syrian opposition delegation led by Ahmad Jarba, president of the coalition, also known as the Syrian Opposition Coalition 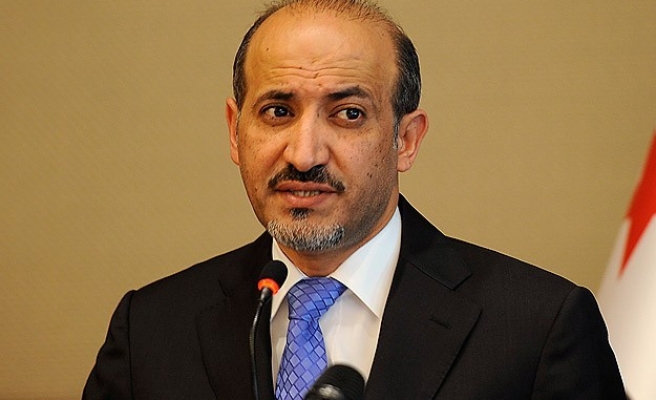 The United States said on Monday it would recognize the main opposition Syrian National Coalition offices as a diplomatic foreign mission and announced plans for a $27 million increase in non-lethal assistance to rebels fighting to oust President Bashar al-Assad.

The announcement came at the start of a visit to Washington by a Syrian opposition delegation led by Ahmad Jarba, president of the coalition, also known as the Syrian Opposition Coalition. He is set to meet U.S. Secretary of State John Kerry on Thursday.

Syrian government forces have made gains on the battlefield and Damascus has announced a presidential election for June 3, expected to be won by Assad. Washington has said the elections are not credible and U.S. officials have denounced them as "phony."

State Department spokeswoman Marie Harf said the representative offices of the coalition would now be considered a "foreign mission" under U.S. law.

She said it was another move aimed at formalizing the relationship between Washington and the coalition, which until now has been represented by liaison offices in Washington and New York.

The change is largely symbolic and does not mean that the United States is now recognizing the opposition as Syria's government.

"This is not tantamount to recognition of the SOC as the government of Syria," Harf told a daily briefing. "It's a reflection of our partnership with the coalition as the legitimate representative of the Syrian people."

In a statement, Jarba said the new status was a diplomatic blow against Assad's legitimacy.

"This is an important step in the path toward a new Syria, its recognition on the international stage, and its relations with Syrian nationals in the US," Jarba said. "The new status provides a diplomatic platform for the Coalition to advance the interests of the Syrian people at all levels."

The State Department suspended the operations of the Syria's embassy in Washington and consulates in other U.S. cities in March as efforts by the United Nations to broker a peace deal failed to make progress.

Diplomatic initiatives by the United States and Russia to end the war have failed amid worsening relations between Washington and Moscow over Ukraine. Russia is Assad's main backer in the war, which is in its fourth year.

Harf said the Obama administration was working with The U.S. Congress to increase non-lethal aid to the moderate opposition by $27 million, bringing total assistance to about $287 million. The non-lethal aid has included medical aid and food rations, communications equipment and vehicles.

The assistance has fallen far short of rebel demands for more sophisticated anti-tank and anti-aircraft weapons to turn the tables against Assad's mostly Russian-supplied forces.