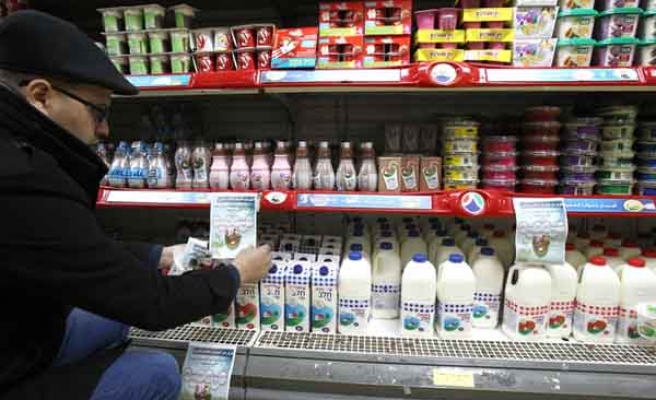 The United States has issued a reminder that products imported from the West Bank or Gaza should not be labeled "made in Israel," the State Department confirmed Thursday.

The guidance was issued last week by US Customs but debate erupted after media reports suggested Washington was hardening its stance against Israeli settlement policy.

State Department spokesman Mark Toner said the decision to reissue the policy had been taken after complaints that some West Bank products had been mislabeled prior to US import.

"US Customs and Border Protection reissued guidance on their marking requirements," he told reporters. "It in no way supersedes prior rulings or regulations.

"And nor does it impose additional requirements with respect to merchandise imported from the West Bank, Gaza Strip or Israel."

The US Customs statement, visible on the agency's website, restates the terms of 1995 and 1997 laws requiring that goods from Gaza and the West Bank be labeled as such.

"It is not acceptable to mark the aforementioned goods with the words 'Israel,' 'Made in Israel,' 'Occupied Territories-Israel' or any variation thereof," the statement said.

Some Israeli settlers living in the West Bank are known to label products for export as being from Israel, and the European Union recently acted to ban the practice.

Prime Minister Benjamin Netanyahu of Israel has repeatedly condemned the European move, which Israel feels discriminates against Jewish producers and amounts to a boycott.

The settlements are deemed illegal under international law, and some supporters of the Palestinian claim on the West Bank have demanded a boycott of settler merchandise.

The United States opposes Israel's settlement of the area, but insists its labeling regulations don't discriminate between Israeli and Palestinian producers.

"Our understanding is that there were allegations of mislabeling, around nine or ten complaints," Toner said, explaining why US Customs had reissued its guidance.

"As you know, US guidelines don't differentiate between products produced in settlements or anywhere else in the West Bank," he said.