Syria's U.N. Ambassador Bashar Ja'afari is to remain within a 25-mile (40-km) radius of New York City, similar to restrictions that apply to Iranian and North Korean envoys. 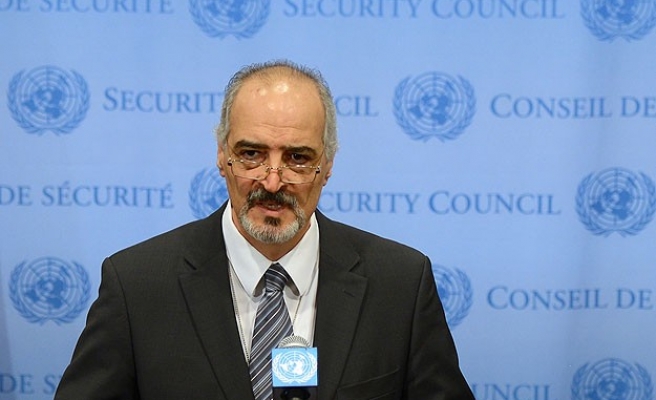 The U.S. State Department announced on Wednesday that it has ordered Syria's U.N. Ambassador Bashar Ja'afari to remain within a 25-mile (40-km) radius of New York City, similar to restrictions that apply to Iranian and North Korean envoys.

A pro-opposition Syrian-American group, the Coalition for a Democratic Syria, welcomed the announcement in a statement, saying that for the past six months Ja'afari was engaged in what it described as a "series of propaganda tours across the United States" to mislead people and sow discord among Syrians there.

State Department spokeswoman Jen Psaki was asked about Ja'afari at the daily briefing by reporters in Washington.

"We have delivered a diplomatic note to the Permanent Representative of the Syrian Mission to the United Nations in New York informing him that ... he is restricted to a 25-mile travel radius," Psaki said.

"U.N. delegates of certain countries are required to notify us or obtain permission prior to travel outside of a 25-mile radius," she said. "So this is not something that is out of the realm of what we've done before."

Iranian and North Korean diplomats are also required to remain with a 25-mile radius of New York City's Columbus Circle.

Ja'afari, who for years has expressed unwavering public support for Syrian President Bashar al-Assad at the United Nations, did not respond immediately to a request for comment. He has been a regular feature at U.N. meetings on the three-year-old civil war, in which more than 130,000 people have died.