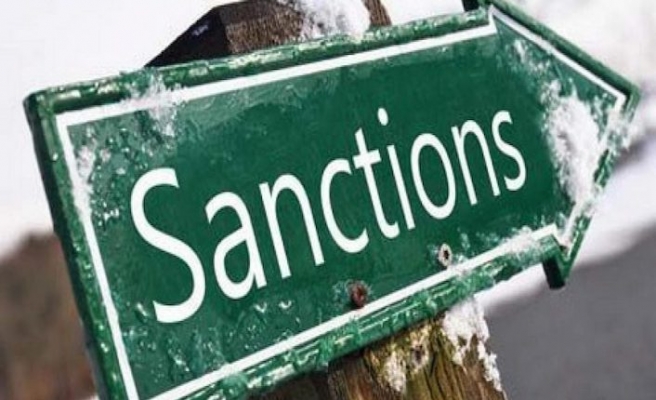 The U.S. on Tuesday sanctioned a wide network businesses it says support a branch of Iran's Islamic Revolutionary Guards Corps (IRGC) that recruits Iranian and Afghan child soldiers for combat in Syria.

The Treasury Department said the financial network supports the Basij Resistance Force, a paramilitary force subordinate to the IRGC.

In all the U.S. sanctioned at least 20 businesses and banks, including a steel company, several financial groups, and a mine development firm. All are alleged to be part of Bonyad Taavon Basij, or Basij Cooperative Foundation, which is accused of funneling money to the force through a complex system of shell companies and financial measures.

The sanctions come amid the Donald Trump administration's push to apply financial pressure on Tehran.

Treasury Secretary Steven Mnuchin said in a statement accompanying the sanctions announcement that the network "is an example of how the IRGC and Iranian military forces have expanded their economic involvement in major industries, and infiltrated seemingly legitimate businesses to fund terrorism and other malign activities."

"This vast network provides financial infrastructure to the Basij’s efforts to recruit, train, and indoctrinate child soldiers who are coerced into combat under the IRGC’s direction,” said Mnuchin said.

The Treasury Department said "many of" the designated firms have "significant international dealings across the Middle East and with Europe."

As a result of the blacklistings, Americans are generally prohibited from doing business with the firms and any assets belonging to them within U.S. jurisdiction have been frozen.