The deal would likely increase friction with Beijing. Malaysia and China have competing territorial claims in the South China Sea. 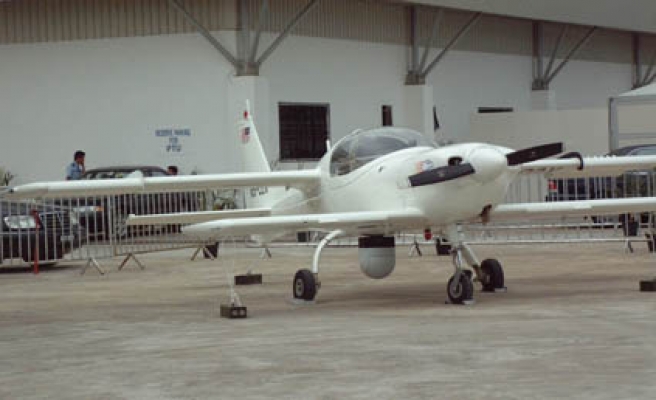 The top U.S. Navy officer said this week that Malaysia has offered to let the United States use one of its bases for a detachment of new maritime surveillance planes, but officials clarified on Friday that no such flights had been approved.

U.S. surveillance flights from a country such as Malaysia would likely increase friction with Beijing. Malaysia and China have competing territorial claims in the South China Sea, and Beijing has been pressing the United States to halt flights near its coast after an incident in international air space last month.

Admiral Jonathan Greenert, the U.S. chief of naval operations, said in remarks in Washington on Monday that "recently the Malaysians have offered us to fly detachments of P-8s out of ... East Malaysia," referring to the Navy's new anti-submarine and reconnaissance aircraft.

A spokesman for Greenert, Navy Captain Danny Hernandez, clarified the comments on Friday, saying Greenert had not said that any P-8 flights from Malaysia had been approved or that there was an agreement to do so.

"The CNO did not talk about approving flights. What he was discussing was nurturing future opportunities, like responding to emerging issues in the region, which was done with MH370 search operations," Hernandez told Reuters.

The Malaysian government allowed the Navy to operate P-8 and P-3 surveillance aircraft from the country during the search for Malaysia Airlines Flight 370, which disappeared in March on a flight from Kuala Lumpur to Beijing.

The U.S. Navy does not have a formal agreement to fly military aircraft from Malaysia but has done so for years, with approval from Kuala Lumpur on a case-by-case basis.

The State Department said on Friday the United States had "no plans for a permanent presence in Malaysia" and added: "any U.S. military engagement in Malaysia is with the permission and the full cooperation of the Malaysian government."

Greenert made his remarks to a forum at the Carnegie Endowment for International Peace think tank. He said Malaysia, Indonesia and Singapore were key to the long-term U.S. policy of a U.S. political and military rebalance to the Asia Pacific region.

The U.S. rebalance has raised Chinese concerns that Washington is trying to contain its economic and military growth. While the two countries have tried to improve military-to-military ties, there have been occasional frictions.

Earlier this week, top U.S. and China security officials disagreed over the incident and a top Chinese official urged the United States to halt surveillance flights near its coast

Washington said the August intercept took place in international air space 135 miles (215 km) from China's Hainan Island. Hainan is the location of a sensitive submarine base.