"We are not talking to the Iranians about Iraq," spokeswoman Marie Harf told reporters 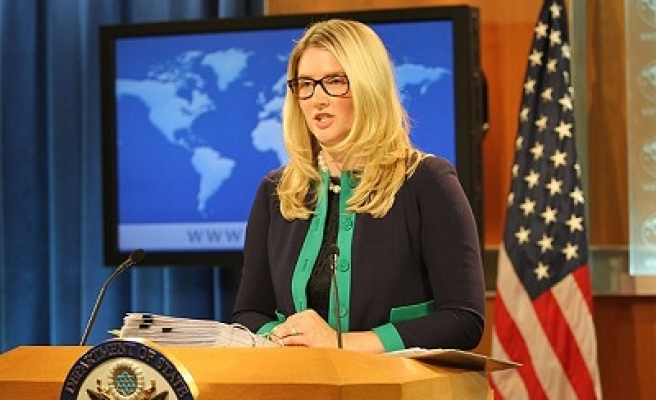 The United States is not in talks with Iran about the current insurgency facing Iraq and is instead focused on resolving issues over Iran's nuclear program, the State Department said on Friday.

"We are not talking to the Iranians about Iraq," spokeswoman Marie Harf told reporters in a briefing.

The United States and other world powers are currently in negotiations with Iran on limiting Tehran's controversial nuclear program in exchange for an end to sanctions. The nuclear talks resume in Vienna next week.

Tehran has been alarmed by the rapid advance of the Islamic State of Iraq and the Levant and their takeover of major cities and towns bordering Iran.

The pace of events means that Iran, which in the 1980s fought former Iraqi dictator Saddam Hussein, may be willing to cooperate with Washington to bolster Shi'ite Prime Minister Nuri al-Maliki.

But Harf emphasized that talks with Iran were strictly about the nuclear issue and not on Iraq.

Asked if the United Stares was open to talking to Iran about Iraq, Harf said: "We are going back to Vienna next week for the nuclear negotiations which are focused on the nuclear issue, and I'm not going to speculate what this might look like going forward."

She said any efforts by Iraq's neighbors to enter the conflict should not further inflame the situation.

"All of Iraq's neighbors, including the Iranians, need to not do things to destabilize the situation even further, to not promote any sectarian tensions," Harf added.