U.S. says will act 'in days' if no Russian action in Ukraine

Washington and Moscow each put the onus on the other to ensure tensions are eased in the worst confrontation between Russia and the West since the Cold War. 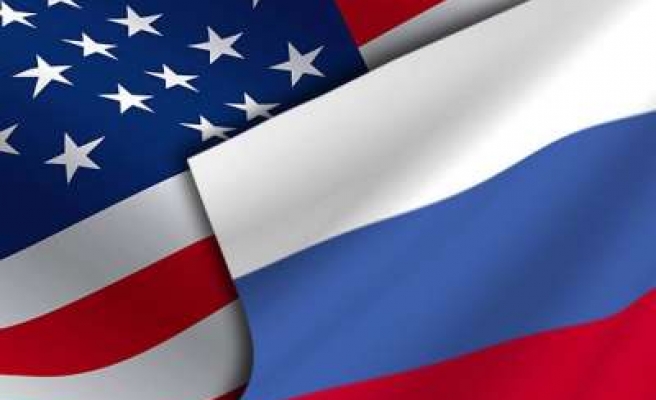 The United States government said on Monday it will decide "in days" on additional sanctions if Russia does not take steps to implement an agreement to ease tensions in Ukraine.

The steps include publicly calling on pro-Russian separatists in eastern Ukraine to vacate occupied buildings and checkpoints, accept an amnesty and address their grievances politically, Psaki said at a news briefing.

"If they don't take steps in the coming days, there'll be consequences," she said. "Obviously, we would have to make a decision in the matter of - in a matter of days - if there are going to be consequences for inaction."

U.S. and European officials say they will hold Moscow responsible and impose new economic sanctions if the separatists across eastern Ukraine do not clear out of government buildings they have occupied over the past two weeks.

But with pro-Moscow separatists showing no sign of surrendering, Washington pegged a threat of new sanctions on Russia to how hard Moscow tries to make the Geneva agreement work.

"If progress is not made in coming days, we will impose further costs," White House spokesman Jay Carney said.

The Geneva agreement calls for occupied buildings to be vacated under the auspices of envoys from the Organization for Security and Cooperation in Europe.

Psaki said there are a series of steps outlined in the agreement "and that's what we're looking for."

"If there's not progress, we remain prepared, along with our European and G-7 partners, to impose additional costs. So there'll need to be decisions made in a matter of days," she added.

As an agreement reached last week to avoid wider conflict faltered, U.S. lawmakers want the Obama administration to impose stiff sanctions on Russian businesses to encourage President Vladimir Putin to withdraw his troops from the border with Ukraine.

Some members of Congress have made it clear they do not believe sanctions on individuals - such as travel restrictions announced by the Obama administration - will have any effect on Moscow.

Washington and Moscow on Monday each put the onus on the other to ensure tensions are eased in the worst confrontation between Russia and the West since the Cold War.

Lavrov told Kerry the Geneva agreement was threatened by "the inability and lack of desire of the Kiev authorities to put an end to violent acts by ultranationalists ... and to end arrests and free activists of the protest movement in southeastern Ukraine."

But Kerry said casting doubt on Ukraine's commitment to the Geneva agreement "flies in the face of the facts," according to Psaki.

Ukraine sent senior representatives to the east with the OSCE and put forth a broad amnesty bill for separatists to give up buildings and weapons and called an Easter pause in its military operations, Kerry said.

"He asked that Russia now demonstrate an equal level of commitment to the Geneva agreement in both its rhetoric and its actions," Psaki said.

The top U.S. envoy also called on Russia to assign a senior diplomat to work with the OSCE mission in eastern Ukraine, Psaki said, "to make absolutely clear to the separatists that Russia supports the agreement and wants de-escalation."

Kerry also asked Russia to join the United States in seeking the release of Imra Krat, a Ukrainian journalist being held by pro-Russian separatists in the eastern part of the country.